The Cabrillo National Monument out on the end of Point Loma is San Diego’s only National Park. What draws most people here today are the 144 acres surrounding a monument to explorer Juan Rodriguez Cabrillo.

These grounds offer fantastic panoramic views of the city, San Diego Bay, and the ocean. And they’re filled with a large variety of flora and fauna.

Other highlights include hiking trails, tide pools, a vintage lighthouse, WWII-era military structures, the Visitor Center, and even seasonal whale watching. A visit here is a fantastic way to spend a half-day in the San Diego sunshine.

In this guide, I’ll share includes historical facts, a list of things to do, and important information for visitors to Cabrillo National Monument. Note: Some offerings may be modified due to current circumstances.

Cabrillo Statue with its ocean view.

The park’s namesake monument is a statue of Juan Rodriguez Cabrillo, a European navigator who landed at what is today Ballast Point in San Diego Bay on September 28, 1542.

This was the first time a European expedition had set foot on the West Coast of the United States. It’s regarded popularly as the discovery of California (despite native people having lived here for centuries).

For any of us living in San Diego and visiting the Cabrillo National Monument now, this event is arguably the reason why we are all here, almost 500 years later. That’s the historical significance of the namesake Cabrillo.

The Cabrillo statue in the park is a 14-foot limestone replica of an original statue donated to the United States by the Portuguese government in 1939. Due to conditions in the area, the original statue became badly weathered and required replacement in 1988.

It’s possible to see Ballast Point from the Cabrillo National Monument, but the statue itself isn’t located on the spot of his landing.

What to Do at Cabrillo National Monument

There are five main reasons to visit Cabrillo National Monument:

Here are some of the best ways to enjoy the National Monument.

A stop at the Visitor Center is a must and recommended at the beginning of your visit (unless heading straight to the tide pools which we’ll discuss in more detail below). Here, pick up a schedule of the day’s events and talk to a park ranger about what to see on the day.

The Visitor Center is also where kids can pick up the Junior Ranger information. They’ll need to keep an eye out for certain things around the park to earn their badge at the end of their visit.

See also: Best Things to Do in San Diego with Kids

Many visitors like to walk through the “Age of Exploration” exhibit room near the Visitor Center, contextualizing Juan Rodríguez Cabrillo. Three films are shown several times a day in the auditorium there.

Snap a Photo at the Monument

The view from where the statue of Juan Rodriguez Cabrillo stands is one of the best in all of San Diego. It’s located near the Visitor Center, so it’s a natural second stop when arriving at the park.

Take some time to enjoy the scenery and get a few photos to share with friends and family. Many people sit on the small wall to enjoy a snack (which is why there can be squirrels here).

Many also take a look inside the Old Point Loma Lighthouse, which operated from 1855–1891. It is open to the public for self-guided tours (which take just a few minutes).

It was one of the first navigational lights on the West Coast and was the highest in the United States at the time. Later, it was abandoned in favor of one built nearby at a lower elevation.

The site of the original lighthouse is now where the actual Cabrillo Monument stands today.

Set off on a Cabrillo National Monument Hike

There are two main trails at Cabrillo National Monument for visitors to get some hiking in during a visit and a chance to admire views and coastal sage scrub.

The 2.5-mile Bayside Trail provides great, panoramic views from the ocean to the mountains, and of Ballast Point (where Cabrillo landed). It’s only open from 9 a.m to 4 p.m daily.

It begins near the Old Lighthouse and winds around toward the side of the park facing the San Diego Bay. Detailed signs along the route explain the various flora, fauna, and you’ll find points of interest including a searchlight shelter used during WWI and WWII. If you head south, you’ll come across Whale Overlook where people occasionally spot gray whales migrating between mid-December and March.

It’ll take around an hour or two to complete the round trip, and it’s a relatively moderate walk for all ages. On the way back, there is a bit of an uphill hike that may prove challenging, but the trail is dotted with rest stops and benches.

Pets and bikes are not allowed on this trail, and there are no toilets or water points (so pack some to take with you).

Ocean views from the trails.

The second trail is the Coastal Trail, a one-mile round trip hike with a few steep slopes and stairs, making it inaccessible to strollers. The trail starts at parking Lot 1 and Lot 2 off of Gatchell Road.

This trail is popular with runners and hikers, and since pets are allowed, you’ll see many dog walkers too. There are no trash cans along the route, so hikers are expected to clean up after themselves (and their pooches).

Most of the trail is made up of broad pathways that overlook stunning ocean views. The Coastal Trail is also the home of the only visible searchlight shelter in the park.

There is a spot on this trail called the ‘Hump’ which leads off to the tide pools. And another path, the Spur Trail, also provides access to the pools.

The Cabrillo tide pools in the Rocky Intertidal Zone (the unique ecosystem between high and low tides) are regarded as some of the best tide pools in San Diego. Upon entering Cabrillo National Monument, you can either go left toward the Visitor Center or right down toward the tide pools.

There is a parking lot here, though it can fill up fast. Walking downhill from the Visitor Center parking lot is not at all recommended due to the distance and the fact that you have to then walk back uphill (it’s not easily doable with kids in tow).

Tide pooling is best done at minus tides, which happen in daylight during winter months. Online tide calendars are pretty accurate with predicting low tide times. Good tide pooling occurs typically a few hours prior and a few hours after a peak minus tide. You’ll see plenty of sea anemones, hermit crabs, fish, sea stars, and other critters.

The Cabrillo Sea Cave is another popular “secret” area to check out that you may have seen on Instagram but it is often closed due to hazardous conditions.

Fearing an attack by Japan, the Cabrillo National Monument was made part of the War Department’s coastal defenses during World War II. There are over 15 such structures still standing there (though some are underground).

In reality, some are more visible than others to visitors today. A few are periodically open to the public, while others you may drive by or walk past on the hiking trails.

There’s an exhibit called “They Stood the Watch,” which is housed in an old military radio station and is a very popular attraction in the park.

Vending machines with coffee, soda, and snacks offer the only available food and drinks for purchase at Cabrillo National Monument. Bringing food for a picnic is a popular choice for families visiting with kids.

While Cabrillo National Monument is a mostly self-guided adventure, there are occasional guided tours organized by the park rangers. These are especially great if you have kids with you.

The rangers will take you past the statue, the lighthouse, and the other important stops in the park. You’ll be able to hear a lot more about the history of the monument, and even some of the present-day interesting facts.

Tips for Planning a Visit

Plan ahead for your visit and you’re sure to enjoy a fun day out with the whole family.

Cabrillo National Monument’s location on a point jutting into the Pacific Ocean means that it can be windy even on sunny days. It can be cold and wet in foggy weather, too, so layering is advised.

As I mention in what to pack for San Diego, layers are advisable during any time of the year here. Just bring heavier layers in the winter.

How Long Does it Take to Get There From San Diego?

Despite being relatively close, distance-wise, to downtown San Diego and local freeways, the drive from downtown to the end of the Point Loma peninsula takes up to 30 minutes due to stoplights on residential streets.

How Long Should You Spend at Cabrillo Monument, San Diego?

A half-day visit is plenty of time to see the monument, perhaps go for a Cabrillo Monument hike, visit the tide pools and marvel at the views.

Brush Up on Local History

My daughter’s fifth-grade class also studied the not-so-savory aspects of the Spanish conquistadors and their conquests in the New World. If your kids have done the same, they may bring up Juan Rodriguez Cabrillo’s mixed personal legacy.

Directions: Driving directions from various parts of San Diego are listed on the park’s website. From any direction, you’ll need to get to Rosecrans Street and head out toward Point Loma.

Entrance Fees: Currently, prices are $20 per car, $15 per motorcycle, and $10 for individuals on foot/bicyclists. Active duty military personnel and their dependents are admitted free, upon showing proper identification. No prior reservations are required. Annual passes are also available.

Indoor Activities: In the event of poor weather, there are a few indoor activities. These include the lighthouse tour, “Age of Exploration” exhibit room, and military history exhibit. However, the Cabrillo National Monument is best explored when it’s not raining.

Pets: The park’s policy on pets is a little nuanced and detailed on their website. In short, service animals are allowed. Dogs are allowed at the tide pools but not around the upper park/monument area.

Kids’ Activities: If your child is in the fourth grade, be sure to sign up for Every Kid in a Park, a pass that provides fourth-graders and their families free admission to National Parks for the year.

Annual Cabrillo Festival: This festival is held on a Sunday in October each year, and includes a reenactment of Cabrillo’s landing at Ballast Point.

Find details for entrance fees, rules, directions, and more on the NPSwebsite.

What is your favorite thing to do at Cabrillo National Monument?

Explore More Things to Do in San Diego 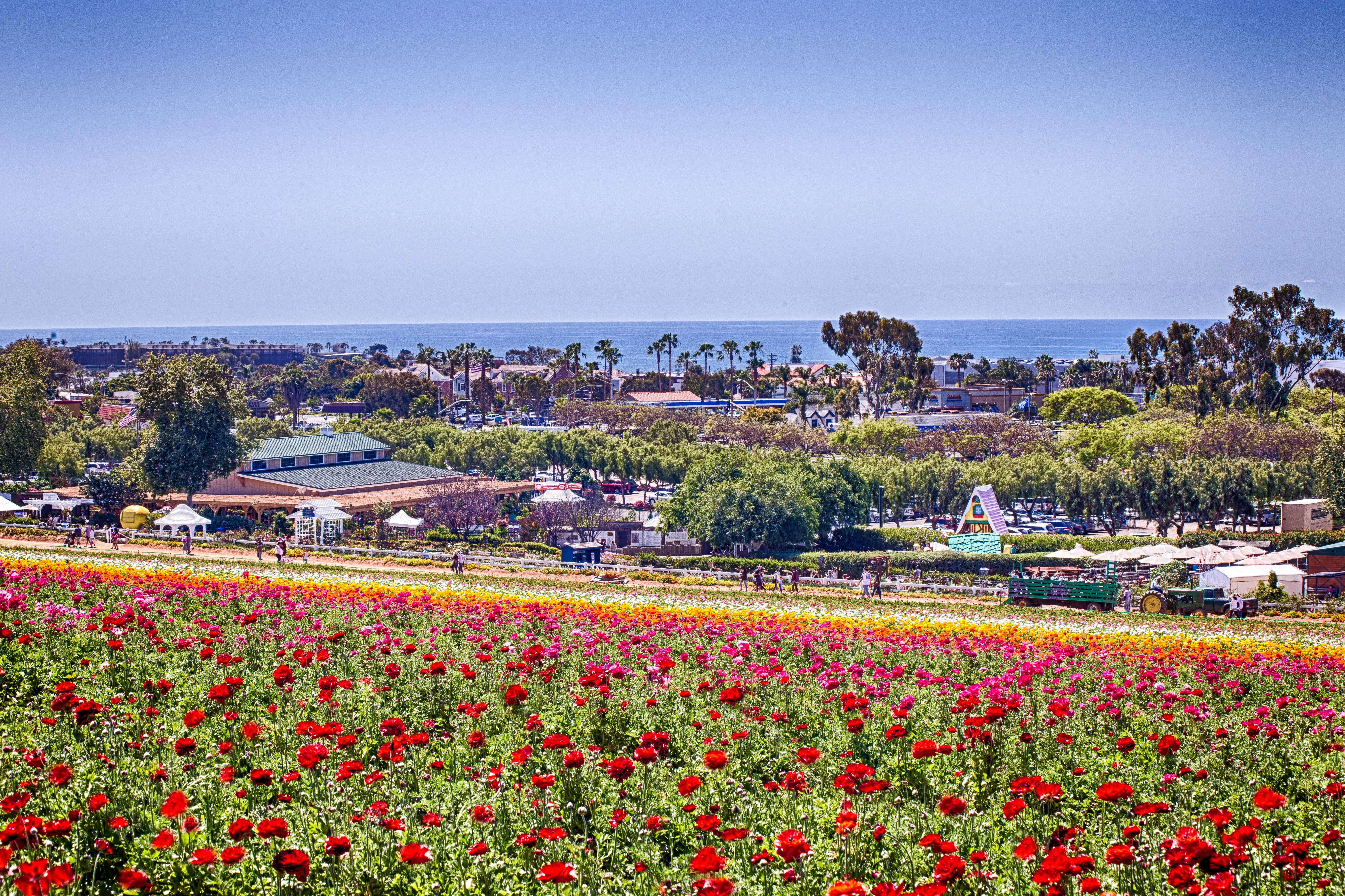 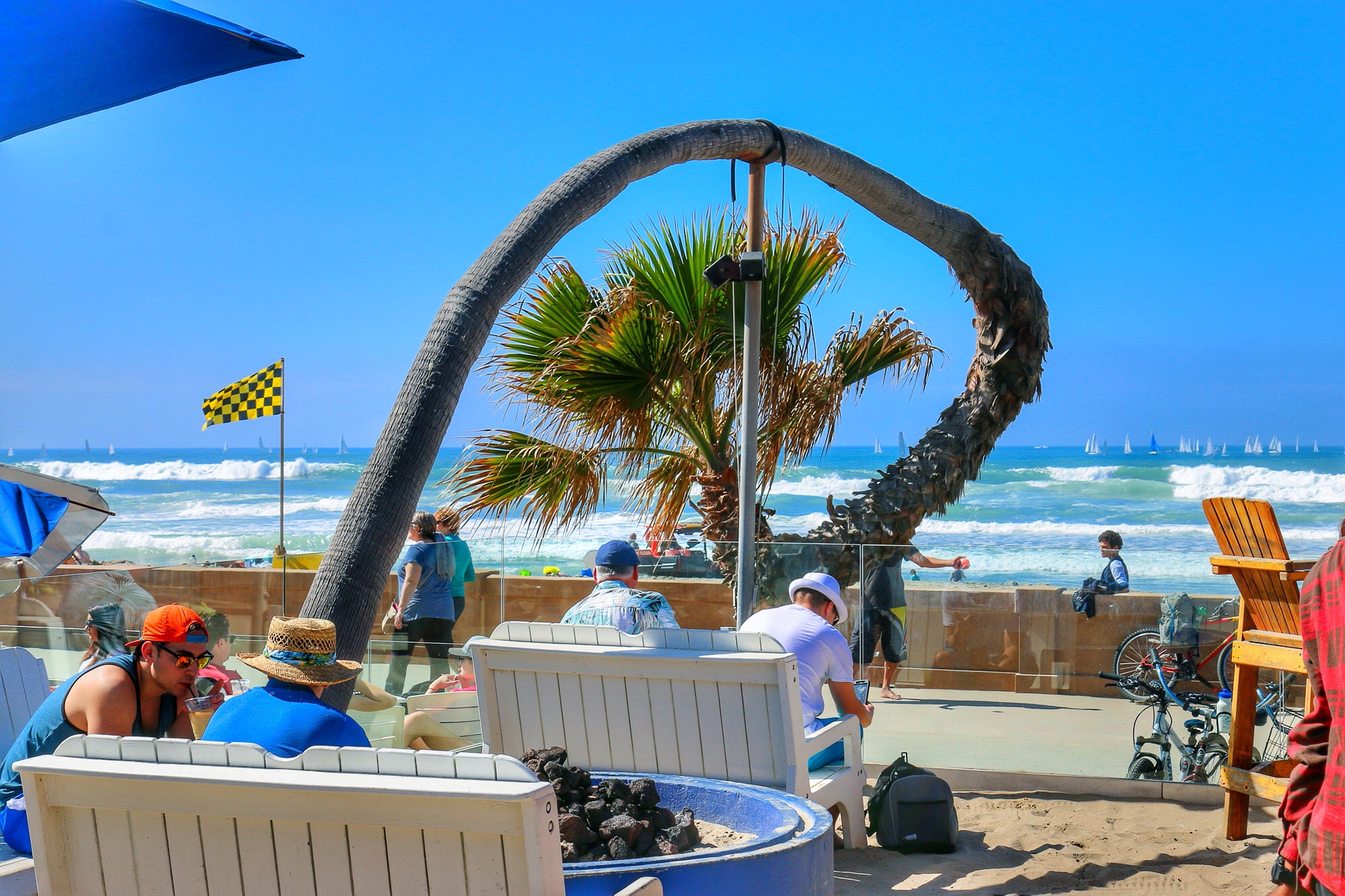