I couldn’t believe it. My daughter grew up flying long-haul repeatedly, 25 hours door-to-door, from the time she was one month old all of a sudden, at age 5, she started getting air sickness.

I thought it was the food. But then it happened three times in a row and transitioned into car sickness. Both are forms of motion sickness (or travel sickness), and as a traveling family, this was difficult for everyone involved.

Flying with kids can have its challenges, but air sickness made her fearful of flying for a while. I wasn’t sure what the heck I was going to do about that. I turned to Google and our pediatrician.

As an Amazon Associate I earn from qualifying purchases.

What Is Motion (Travel) Sickness?

Motion sickness occurs when the eyes don’t see the movement that the body feels or vice versa. When this happens, conflicting messages are sent to the brain, and nausea or vomiting occurs. Once you are in motion and feeling ill, it isn’t easy to negate the feeling until the motion stops.

Facts About Car Sickness and How to Curb It

This is why, if you’re susceptible to motion sickness in a car, the feeling of nausea eases when sitting in the front seat or looking out the window. Your eyes need to see what your body is feeling. Here’s what you can do to prevent nausea.

If your child starts to feel carsick, stop the car and let him or her walk around. Laying down for a few minutes with eyes closed can help in addition to a cool cloth on the face. (I can tell that a cold bottle of water on the forehead helps, too.)

These are the things you can do to prevent airsickness without injecting medication or other aids.

Unfortunately, when airsickness occurs on the plane, you’re stuck on the plane. Most planes have air sickness bags. They need to be ripped open, so that I would advise preparing one in advance. Keep it nearby, so you don’t have to fumble if nausea hits you or your child.

Try sipping a clear fizzy drink like ginger ale, soda water, or sprite. Snack on some bland crackers. Try to keep your head still. Adults should avoid alcohol before boarding the plane and while inflight.

You can find these products I recommend through Amazon. I could not survive travel without some of them.

Our savior is Dramamine Motion Sickness Relief for Kids. My daughter takes a proper dosage 30 minutes before the plane takes off and has no problems. It does make some kids drowsy. There are two types that kids can take. One is a grape-flavored chewable tablet made just for kids.

Another is an orange-flavored chewable tablet suitable for adults and kids, though you’ll need to break the tablet in half for younger kids. We opt for the orange flavor. Check the dosing on the packages and as your doctor if Dramamine is right for you.

I am hesitant to mess with what works for us, but a natural alternative to standard Dramamine that gets high marks is Hyland’s Motion Sickness. Dramamine also now makes a ginger version.

Tummy Drops are new must-haves in our travel bag for a number of reasons. We gave them a good run this summer on 15 airplanes, road trips, boat trips, and then some. They helped right our digestive systems on a number of occasions.

I sometimes get sea sickness when snorkeling and you know that feeling of eating too much when on vacation? They help with general indigestion, too.

Tummy Drops taste good and come in a variety of flavors. I suggest popping in your mouth when you’re feeling a little “bleh” while out of your normal routine. They also come in travel-sized bags.

They are not suitable for young kids who can’t yet safely tolerate small, hard candy. My daughter prefers the pear flavor probably because the ginger flavor is less strong.

We also bought ginger pops called Three Lollies Queasy Pops Kids Variety Pack for Nausea Relief. Truthfully, I the taste of these might not appeal to most kids but you can give them a try because lollipops are the ultimate distraction during take-off and landing when kids need to sit still.

However, they don’t taste as good as Tootsie Pops, for example, which I have on hand usually to quiet meltdowns.

Psi Bands Acupressure Wrist Bands are thought to have more of a placebo effect. My daughter felt confident enough to get on a plane wearing them. And though they were loose, she did not get airsick. I say that’s still worth the money. Some people swear by them and these come in cute patterns kids will love. However, Sea-Bands have better reviews for effectiveness so you might want to look into the kids or adult versions (we haven’t yet tried these).

Adults will definitely want to consider a Reliefband. I know people who are prone to seasickness who swear by them. The band’s strength is adjustable based on how rough the seas or car ride is and it is FDA-cleared. It is more of a medical device than the wristbands mentioned above as it uses “neuromodulation” to stimulate the nervous system with electrical impulses. The is no contraindication for use with kids so the company suggests using parental judgment for use on children 12 and under.

I have found that my daughter tends to get travel sickness in taxis that smell badly and in similar situations where the smell overwhelms her senses and sends her into a downward spiral. This is where aromatherapy (or even a spritz of perfume from your handbag) can be incredibly helpful. Motion sickness inhalers typically are scented with ginger, orange and/or peppermint. They’re certainly not a cure, but they can provide moments of relief and calm when that nausea strikes.


Do Kids Grow Out of Motion Sickness?

Motion sickness in airplanes, boats, and cars tends to strike kids between 2 and 12 years old. But the answer is, yes, most kids grow out of motion sickness.

My daughter started to get sick on airplanes and in cars when she was about 4 years old. It stopped between 7 and 9 years old but is back at the age of 10. She’s old enough now where I have her keep a Dramamine and a handful of Tummy Drops with her if I know she’s taking a field trip or will be riding long distances without me.

At the very least, I always carry kids Dramamine and Tummy Drops, just in case.

I’m open to other tips. How do you combat motion sickness? 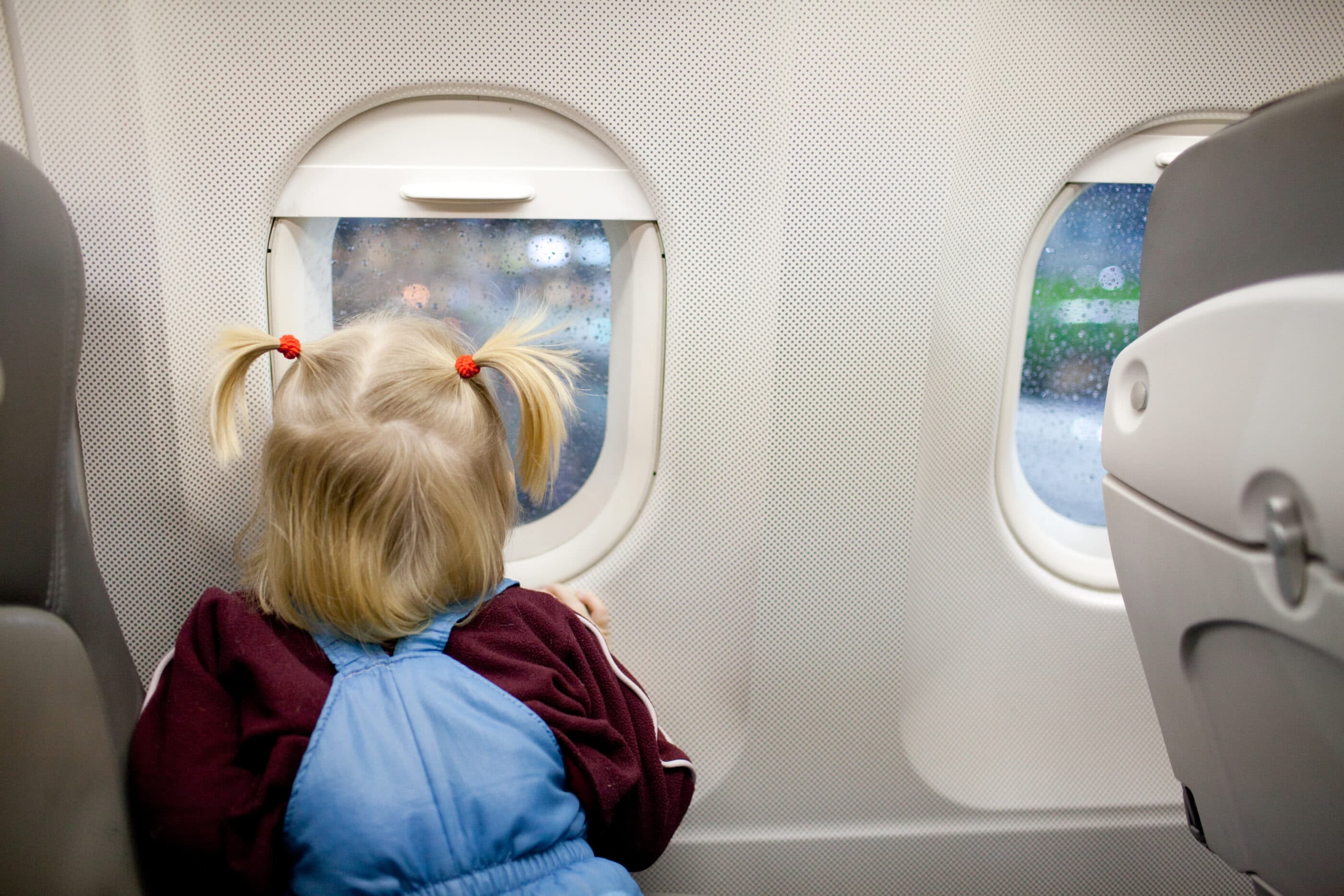 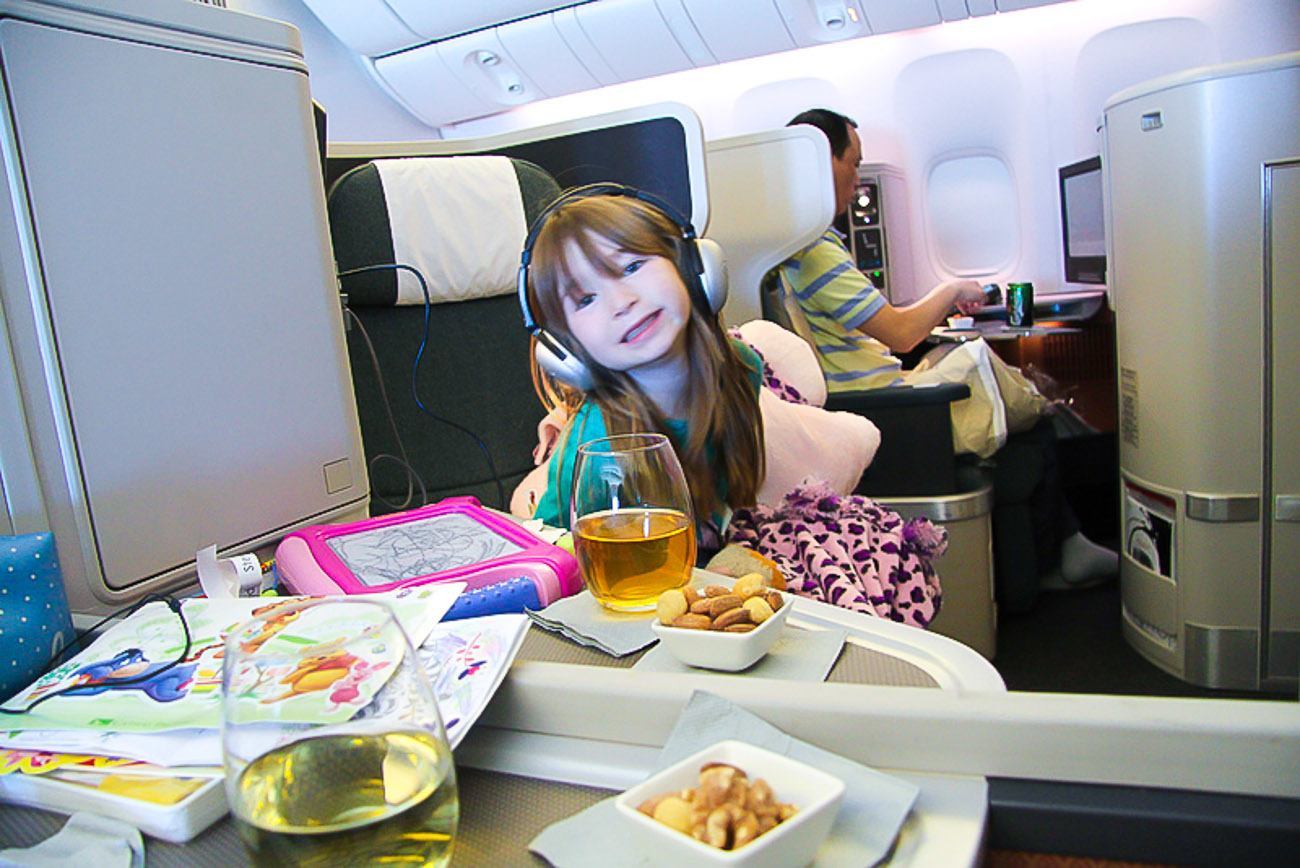 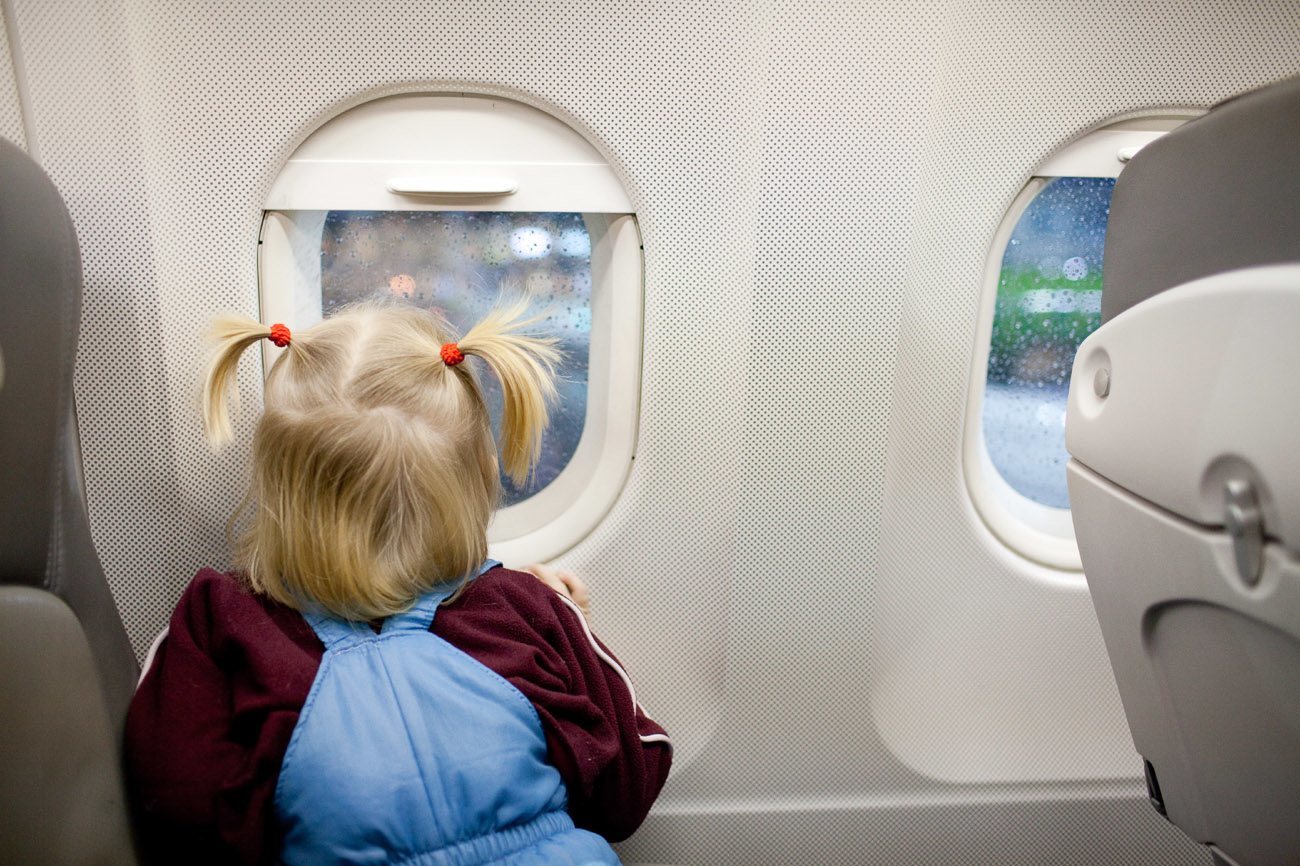 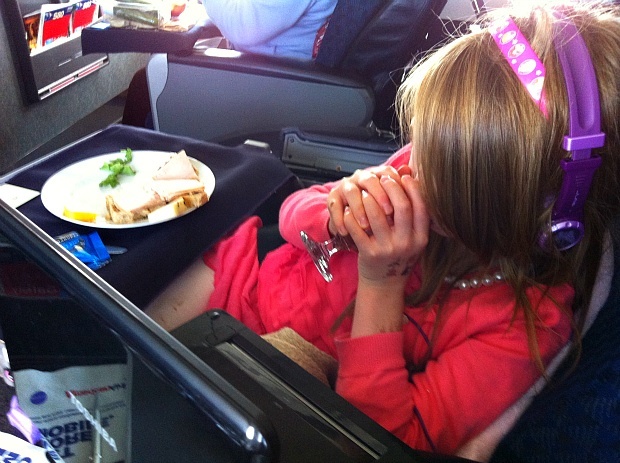