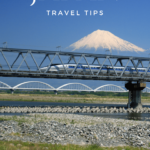 Even though we’ve been multiple times, five things we pre-arranged made our recent Japan vacation much more relaxed. We’ll continue to use these Japan travel tips and nice-to-haves when we return in the future.

You can save on tickets, tours, and hotels through my affiliations. If you make purchases through the links in this post, I may be compensated.

For about USD 70 (day time rate), you can book an airport concierge that will greet you in the Narita Airport arrivals hall.

After a long flight, it’s helpful to have someone who speaks both English and Japanese escort you to the Narita Express train into Tokyo and to the JR ticket office to help activate JR Passes (which tourists have to buy in advance before arriving in Japan).

Without our concierge’s help, I’m pretty sure I would have been sent to the back of the JR ticket office line after already waiting in it for 20 minutes. I was tired and didn’t realize we needed to fill out paperwork before reaching the agent until she handed me a clipboard. She also made sure we filled out each form properly.

Once at the counter, she worked with the JR agent to finish activating our JR Passes and quickly book our upcoming four train journeys. Next, she explained how to use the JR Pass and escorted us to the Narita Express train platform.

Airport concierge service would be even more valuable when traveling with small children as even with help, the process took about an hour.

You can book an airport concierge through Expedia for Narita, Haneda, and Kansai airports. Or, book through Airserve for eight Japan airports in addition to various ports and train stations. They can also help you navigate between Narita and Haneda airports, a common transfer.

See also: What It’s Like to Fly Japan Airlines Business Class from San Diego to Tokyo

Tourists may purchase a 7, 14, or 21-day JR Pass for all-inclusive travel on trains, buses, and metros operated by Japan Railways Group. NOZOMI and MIZUHO shinkansen trains are excluded.

JR Passes must be purchased through an authorized distributor before arriving in Japan. You must have a tourist visa stamp in your passport to collect a JR Pass after landing. JR Passes are available for Standard Class (Ordinary Car) and Green Class (First Class).

Simply show your pass (and tickets if taking a shinkansen) to JR officers stationed near the ticket turnstiles and they’ll wave you through. It’s much easier to have the pass than buy individual tickets every time you ride a JR mode of transportation. It can also save you money if you plan to visit multiple cities.

Shinkansen trains do not have luggage racks for large suitcases. Carry-on luggage can be stored in racks above your seat. Anything larger than this needs to fit in your seat area (hard even in Green Class) or in available space behind the train car’s last row of seats.

What you can do instead is ship your luggage between cities. While it sounds extravagant, it’s highly recommended, and not as expensive as you might think.

Not only does shipping luggage eliminate stressing out about stowing luggage on the train, but you’ll also avoid carting big luggage through the train stations and into taxis, which run on the small side in Japan. The large suitcases also would have been difficult to cart up and down the stairs to our room at the lovely Kanazawa ryokan we chose.

Yamato Transport is the main carrier. It’s an easy service to arrange and most hotel concierge desks can handle it for you. We paid about JPY 2500 per large bag (about USD 23) each way.

These smart cards work more or less like debit cards that are preloaded with cash and can be used on trains and buses in place of tickets. You can also use them to purchase various goods and services. They’re handy for purchasing bottled waters on the go from vending machines rather than fumbling for change.

We used Pasmo in Tokyo and all over Japan. JR East sells Suica.

You’ll pay a JPY 500 deposit for either card. Getting that deposit back plus and balance you might have on the card can only be done at JR East stations for Suica. Pasmo returns can happen at various points in Tokyo and at Haneda or Narita airports.

Take a look at each card and decide which is best for your trip.

Tokyo Station is confusing. I still say this even after navigating the station across multiple trips over the last 15 years. Metro trains leave from an entirely different side of the station, for example, and if you enter in the wrong spot, you might find yourself lost in what feels like a maze.

It’s tremendously helpful to have a platform escort guide you from your hotel to the train platform, which saves time, headache, and potentially you from missing a train.

If you anticipate using Tokyo Station as a base for your Japan vacation, several nearby hotels offer platform escort service. Staff will walk with you from the hotel to the platform each time you need to catch a train.

Four Seasons Hotel Tokyo offers this, which one of the many reasons why we stay there, as does The Tokyo Station Hotel and Shangri-La Tokyo.

Use an Onsite to Fill in Gaps

I booked my own hotels. Rather than fuss with the smaller details, I used EXO Travel to fill our itinerary gaps which included help with planning the timing of our trains, organizing a car to take us to Kansai airport, booking a fantastic private tour in Kanazawa and more.

They’re an onsite tour company in Japan (though they handle other parts of Asia) who can plan your entire vacation from start to finish or simply coordinate a tour or transfer.

What was especially nice is that Exo Travel gave our airport concierge our JR Pass vouchers and Pasmo cards in advance with our itinerary so she knew exactly which trains to book (a real time-saver).

Exo Travel also loaded our entire itinerary into an app which I referred to almost daily when handing our hotel addresses to taxi drivers or for information about each city. The cost of their service was built into our itinerary, but it was good value.

How to Get Cash in Japan

If you need cash, the easiest way to find an English language ATM is inside convenience stores like Lawson or 7-Eleven. ATMs at major banks in Japan are Japanese language and nearly impossible for foreigners to navigate.

Here’s a slightly random but still important Japan travel tip. It is incredibly difficult (impossible in most areas) to find a trash can in public places and on the streets. Carry a plastic bag. You’ll generate rubbish from on-the-go snacking given the excellent food offerings in markets, convenience stores, markets, and sweet shops all over Japan’s major cities.

What are your best Japan travel tips? 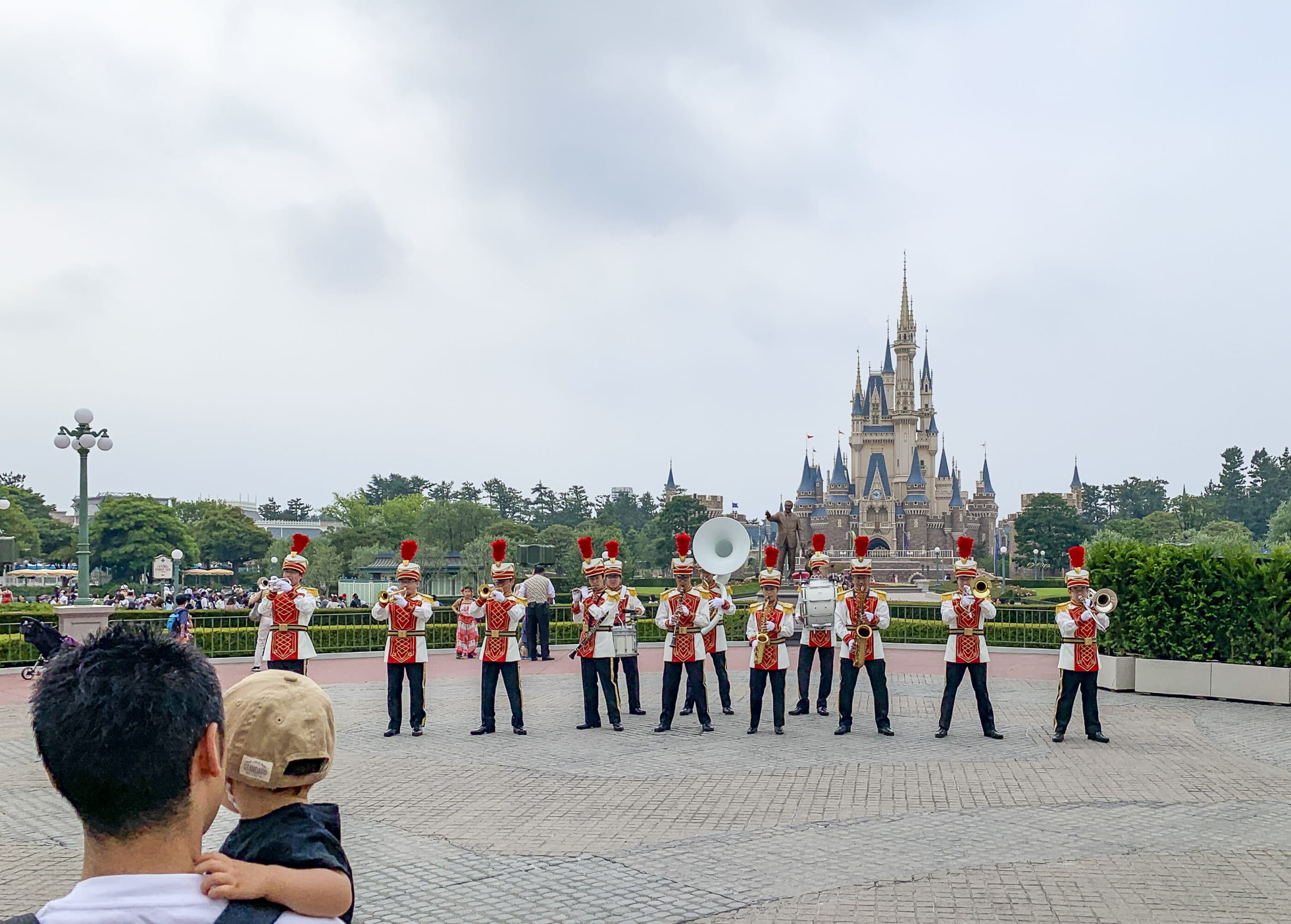 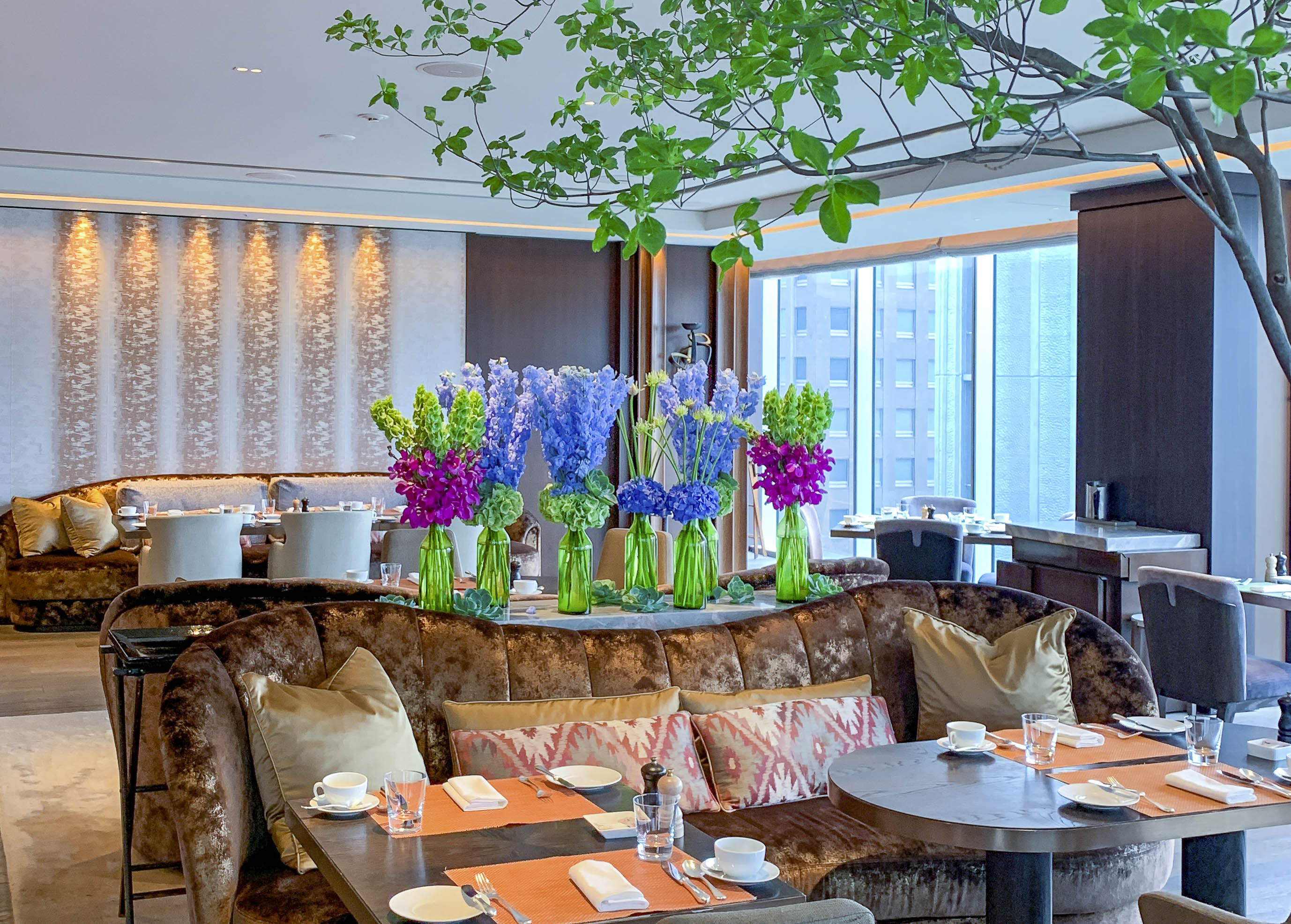 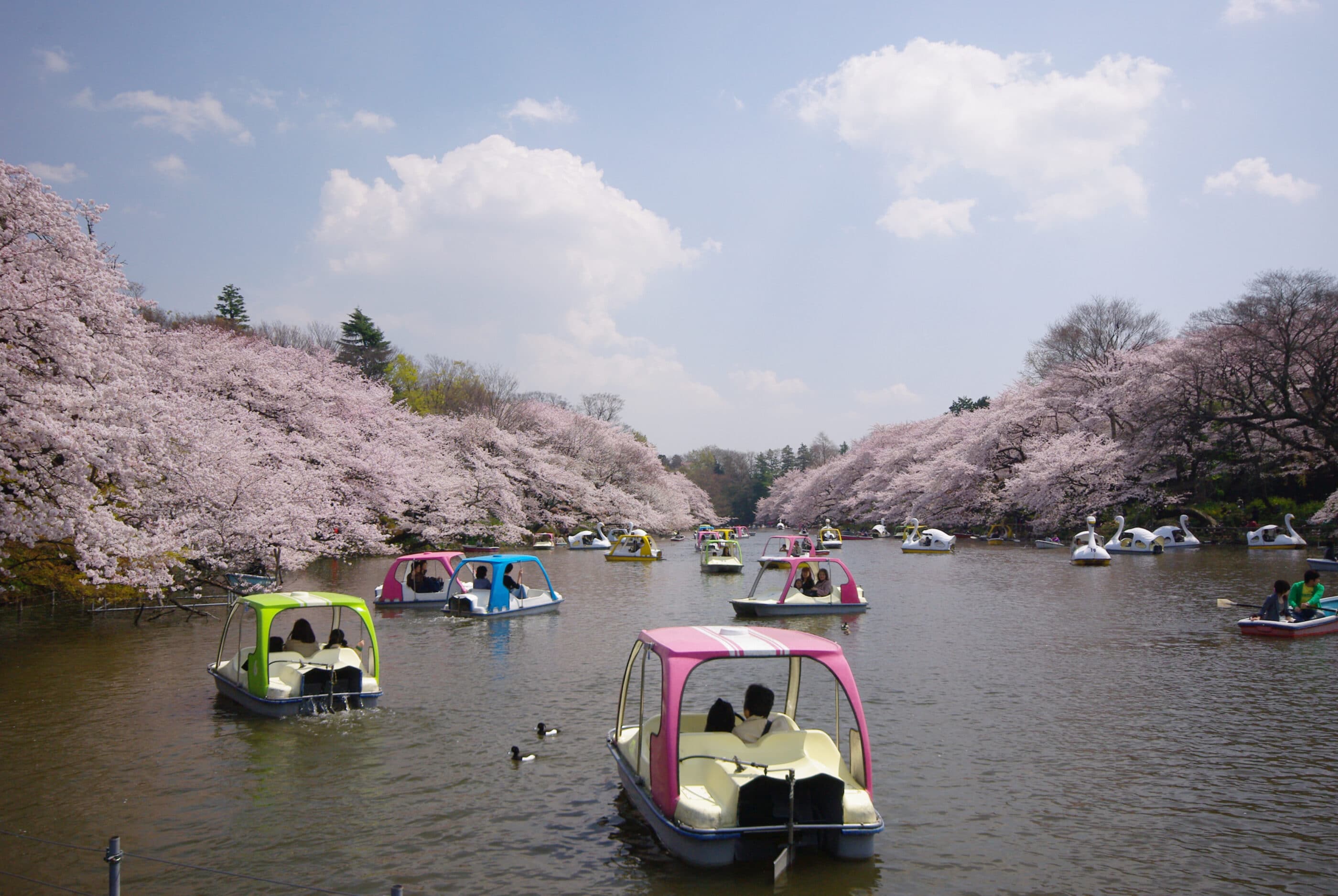 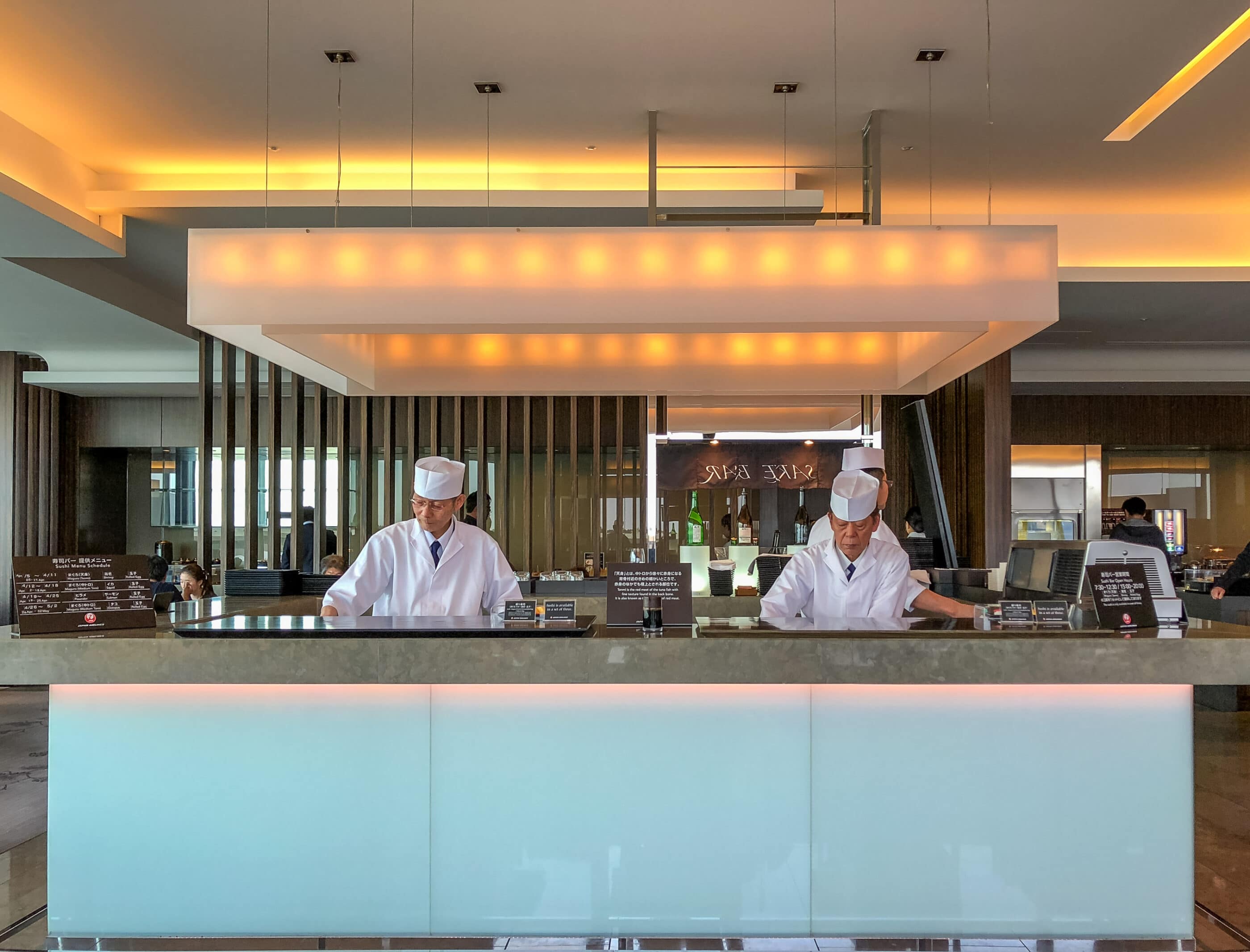