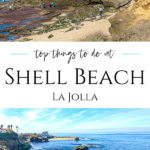 If it weren’t for the Shell Beach sign on the coastal walkway just south of La Jolla Cove, you might miss this little La Jolla beach.

If you’re already in the area, here’s why you would make a stop here.

1. It’s Easy to Find Near Ellen Browning Scripps Park (in Between the Sea Lions & Seals)

Where is La Jolla Shell Beach located? You’ll find Shell Beach at the southern end of Ellen Browning Scripps Park. This big grassy park is part of the La Jolla Cove area, one of San Diego’s most popular tourist attractions.

If you walk my La Jolla sea lion and seal route, Shell Beach is a very easy stop between the La Jolla Cove sea lions and Children’s Pool seals.

It’s easy to find the entrance to the beach, thanks to the “Shell Beach” signage to the right of the staircase that takes you down to the beach.

One tip is that small boulders are piled up at the bottom of the concrete steps that you’ll need to maneuver over to get to the sand. The ocean washed them up, and there are too many to move.

Be sure to wear sturdy shoes and to take care when stepping on them. Unfortunately, this flight of concrete stays is the only way to get down to this small beach.

2. You Can Go Shelling for Seashells

The reef structures just offshore are home to a variety of sea life. Their shells tend to wash up onto the beach here.

The seashells I’ve seen include smaller sea snails, periwinkles, limpets, clams, and shell fragments. You’ll find them lined up along the water’s edge, but you’ll need to visit in the morning before others pick through them.

Occasionally, you may find some sea glass. In fact, it’s been named as one of the best sea glass beaches in the country.

Truthfully, during summer months finding treasures washed up on the beach can be hit or miss. However, there are plenty of things to do in La Jolla nearby if you’re visiting to beachcomb and wind up empty-handed.

Shell Beach is outside of the La Jolla Ecological Reserve, a protected area where removal of objects (other than trash) is prohibited.

3. Shell Beach Tide Pools Appear in the Winter (Sometimes in the Summer)

Shell Beach La Jolla tide pools are among the best tide pools in San Diego, thanks to the reefs. It’s a beautiful scene at low tide which happens during the daytime in the late fall through early spring (peaking during winter months), instead of at night during the rest of the year, including summer.

You’ll want to check a local tide chart to find extreme low tides. If it’s a minus tide approaching or exceeding -1, that’s an especially fantastic time to plan a beach outing.

Extreme low tides mean rocky terrain that is normally underwater will be exposed. You may discover different animals and grasses that normally live in this deeper water.

Some of the many marine creatures and colorful plants to look for include hermit crabs, sea anemones, sea cucumbers, sea stars, sea urchins, seagrasses, small reef fish, and many others.

One of the other benefits of Shell Beach tide pools is that they are located between several other La Jolla tide pool spots. So, you can walk a short distance along the coast between La Jolla Cove and Hospitals beach to bounce between several small beach areas for a fun day exploring outside. Kids love it, trust me.

Low tides happen overnight in the summer months, but if you come during a lower point, you might see some reef structures exposed and be able to see a few animals.

4. The Water Is Clear

The Pacific Ocean water in La Jolla is unusually clear for California. This makes it easier to stay safe at Shell Beach as you navigate around the rocks into the water. It’s usually easy to see where the sand ends and the rocks begin.

This isn’t a place where you’d swim, go snorkeling, or surf because of the reefs. Plus, there can be rip currents that pose hazards to divers, swimmers, and snorkelers.

If the surf break cooperates, you’ll see people walking out into or sitting in the water at about knee-deep at the most on a normal day on a normal day. Oftentimes, as you can see in the photos above, the reefs stop the break making the water relatively calm.

Sunbathers walk in to cool their feet. No one swims here (and you shouldn’t).

5. It’s an Excellent Place for Photos

The little green huts you see in some of the photos in this post are called Belvederes. You sit on the benches inside for a break from the sun or to watch a sunset.

To the left of the Shell Beach Belvedere is an open spot that is one of the best places to take a photo in La Jolla because not only do you catch the beach in the background, you also catch Seal Rock and the famous Children’s Pool.

I was in a photoshoot for a Ranch & Coast magazine feature in this exact spot, which their professional photographer chose.

6. You Can See the Seals in the Distance

From Shell Beach, you can see Seal Rock (the larger rock on the left side of the Belvedere roof) and Children’s Pool Beach off in the distance.

It’s a lovely walk that you should take regardless, but you can eyeball the Children’s Pool to see if harbor seals are lying on the beach. Or, you can see if people are walking on the seawall.

Speaking of seals, they rarely come up onto Shell Beach so you can walk or hang out on the sand here without worrying about disturbing them.

If you’re looking for a quick place to lay out a towel (or not) to catch some rays, Shell Beach provides a nice secluded spot away from the hustle and bustle of Coast Blvd.

I think part of the reason this beach area tends to be less busy is that it’s not a great place for swimming. It’s perfect for people who want to dip their feet in the water, play or layout on the sand, and enjoy the scenery.

If you’re staying in one of the La Jolla hotels in the Village, you’ll walk over to Shell Beach at some point.

If you’re visiting my seaside community for the day, it’s an easy stop from our many La Jolla restaurants and boutique shopping. You can learn more in my post about how to spend a day in La Jolla.

A lot of residents use this coastal route as a scenic place for a morning walk or jog. Pair it with a mild hike along Coast Walk Trail and that’s a lovely way to get some exercise amid ocean breezes.

Shell Beach La Jolla on a Map, Parking, and Address

You’ll find free street parking along Coast Blvd, timed between 1-3 hours, depending on where you park. These spots fill up quickly. The closest paid parking lot is in the La Jolla Financial Building on Prospect Street.

Again, there is so much to do in this part of La Jolla in San Diego that you should spend at least a half-day here! 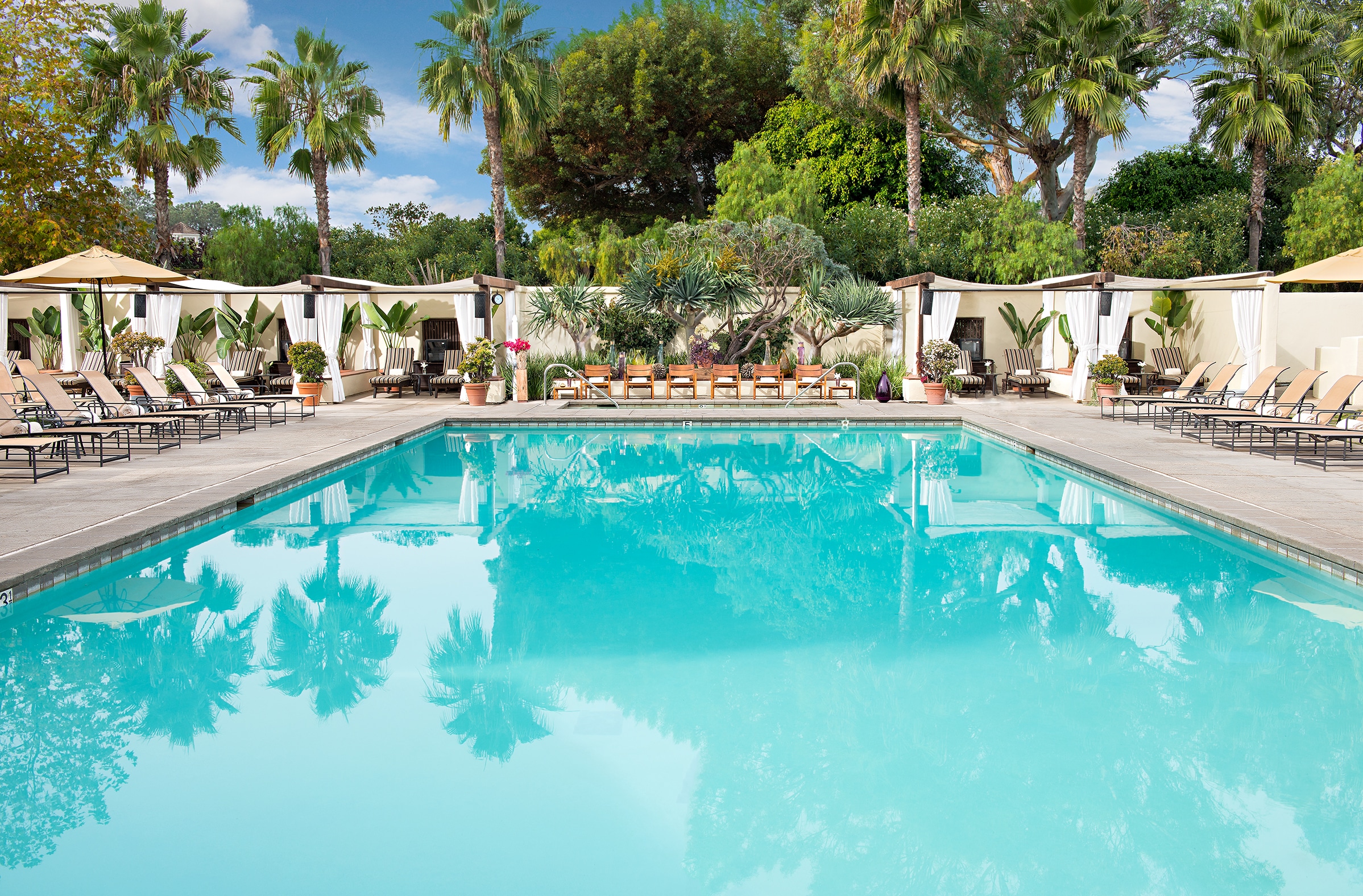 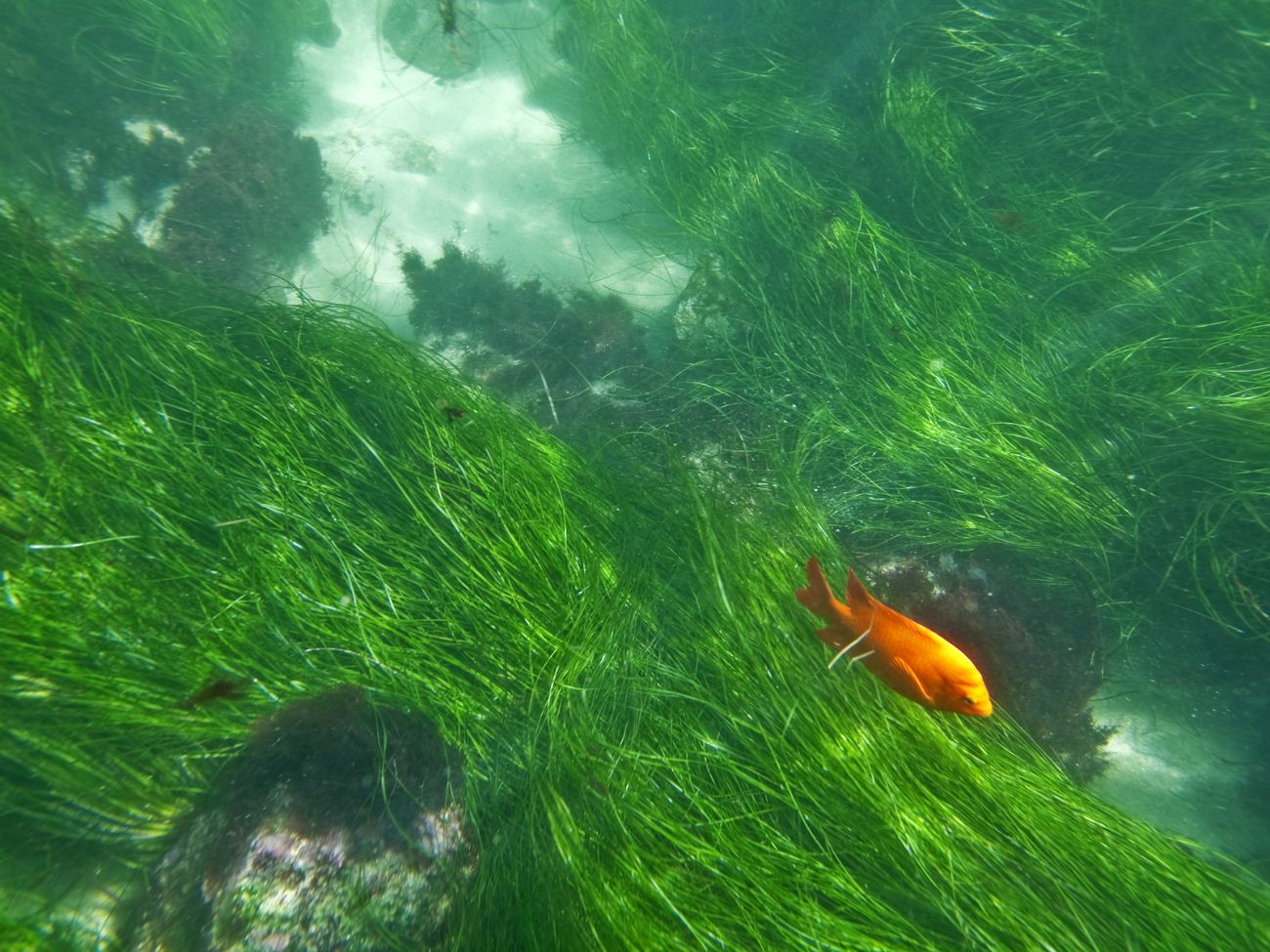 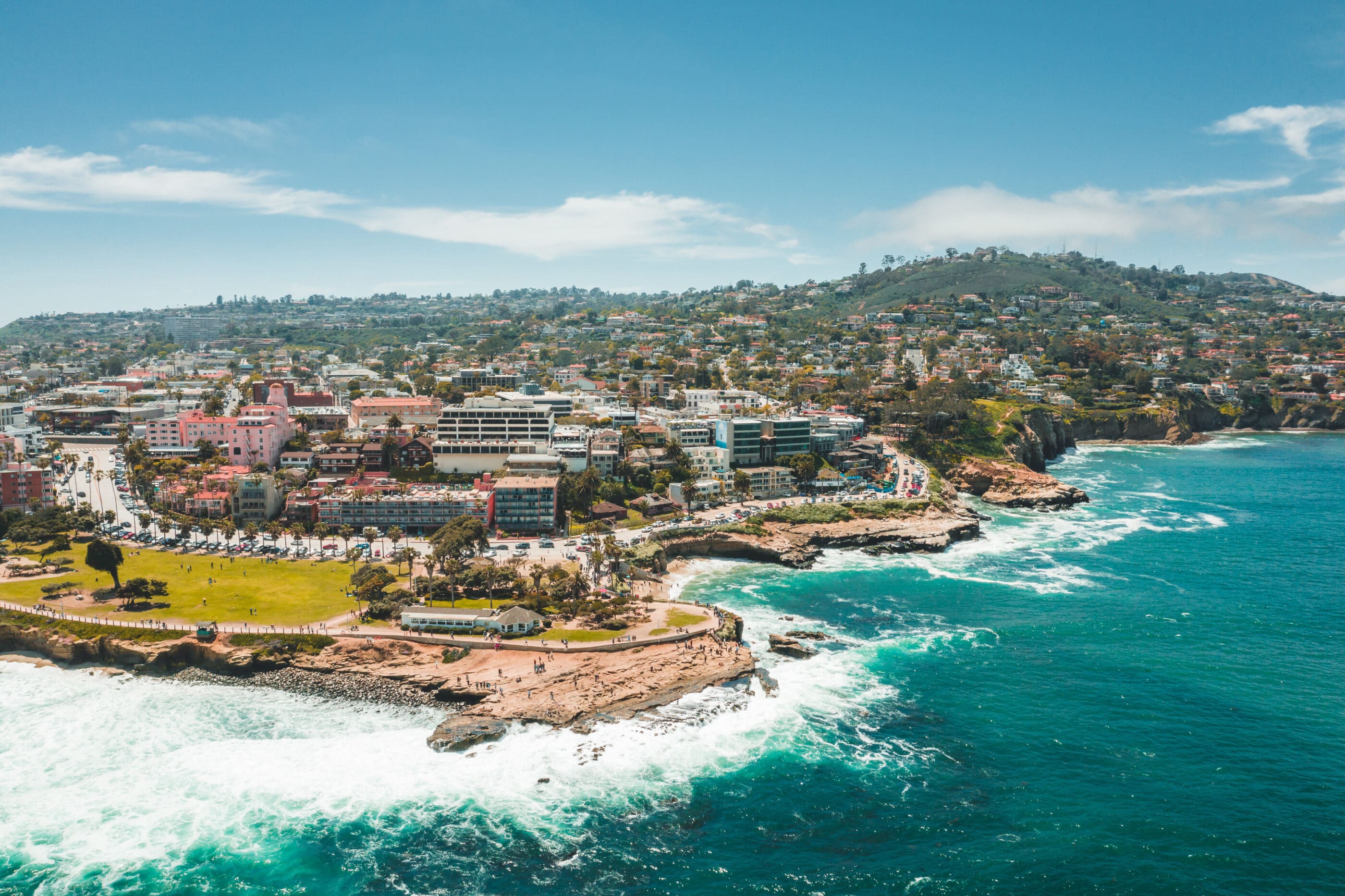 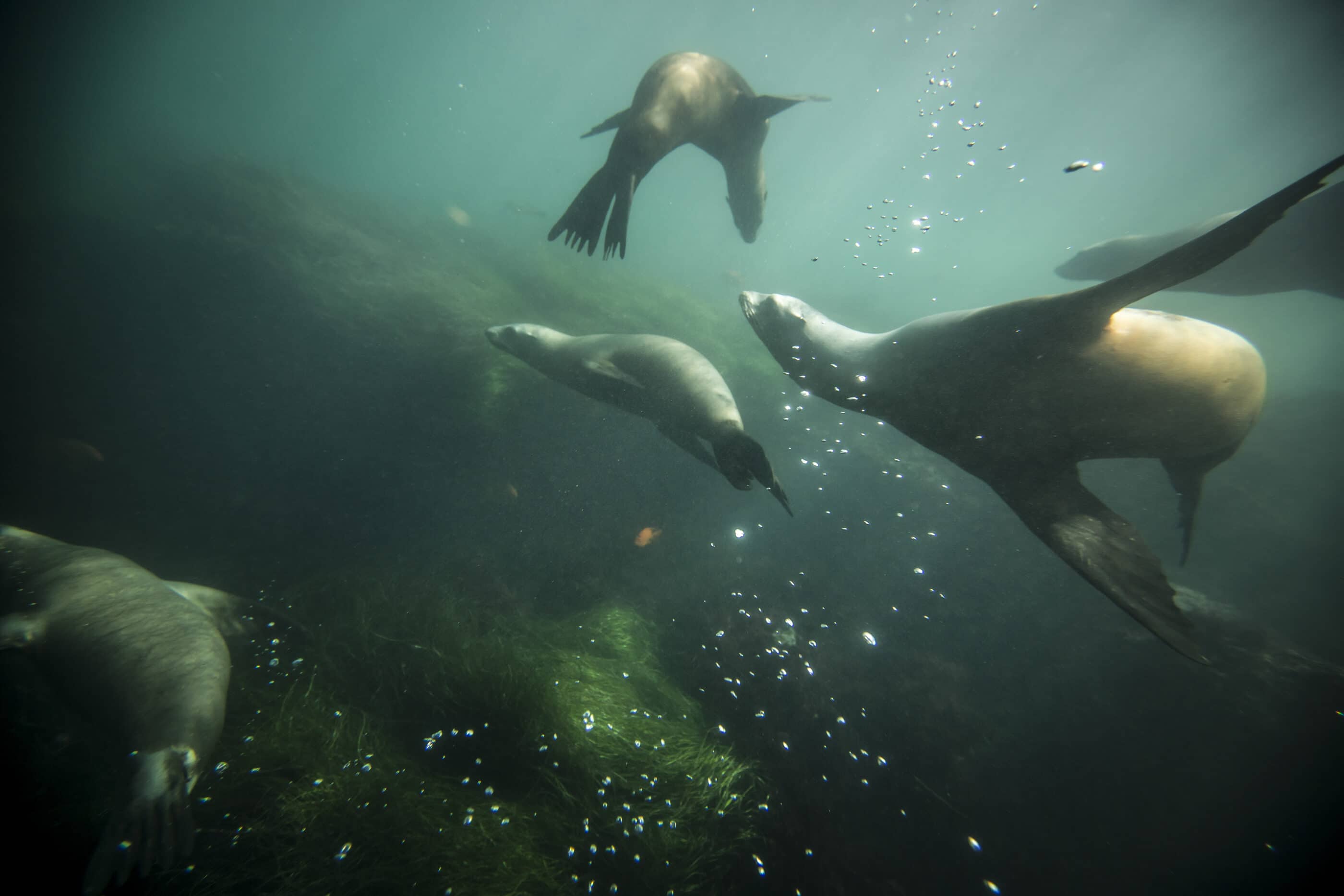 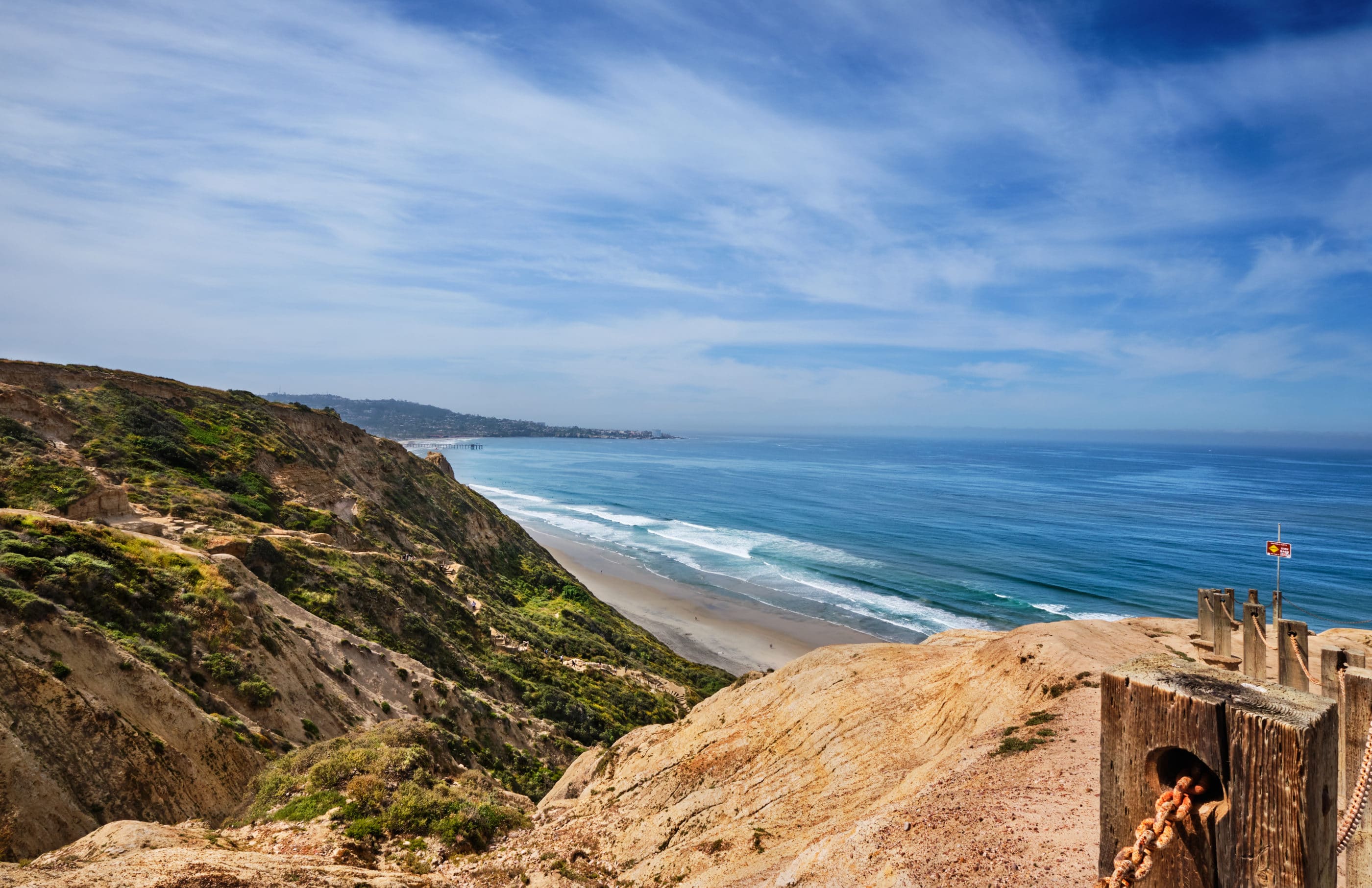 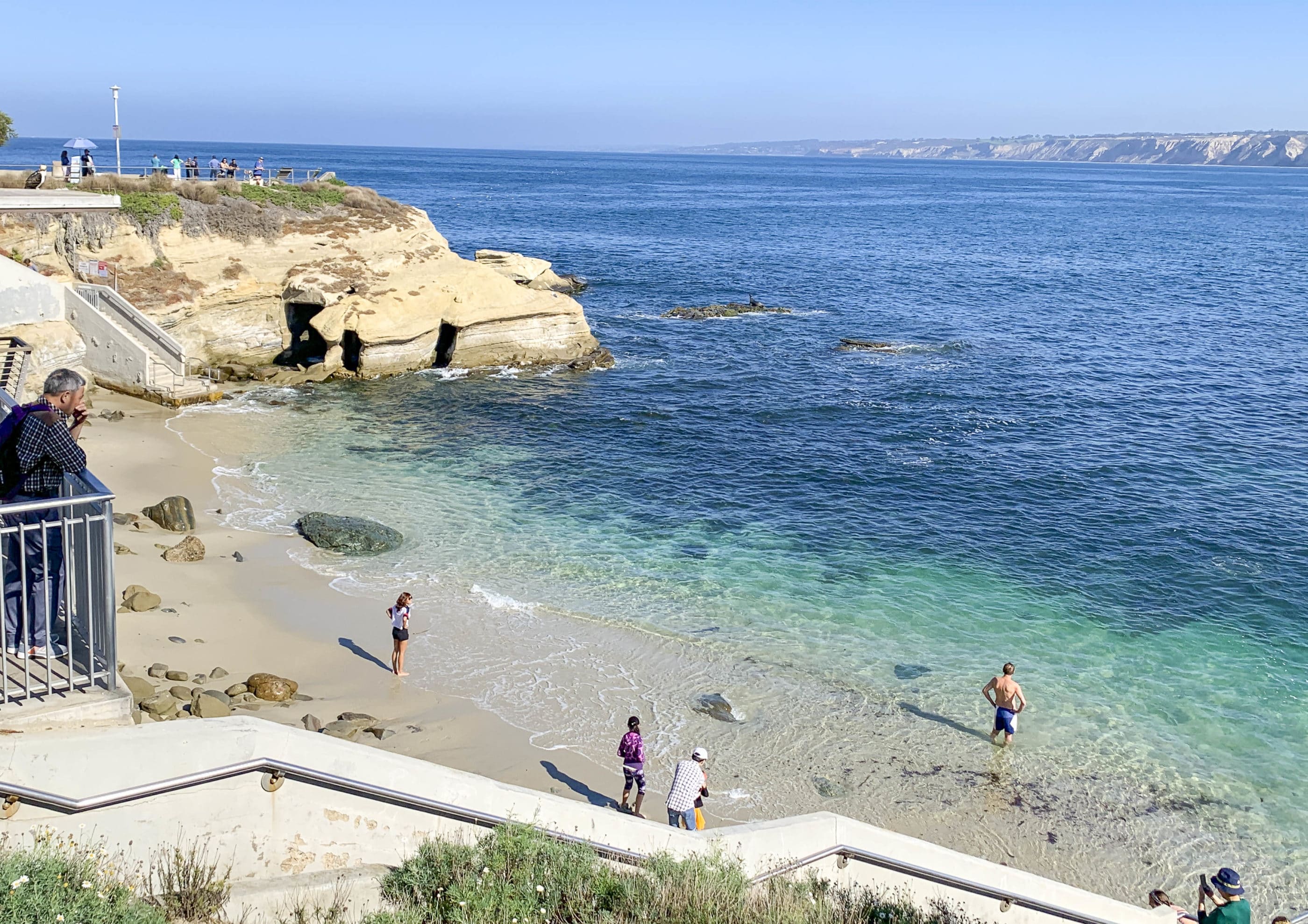 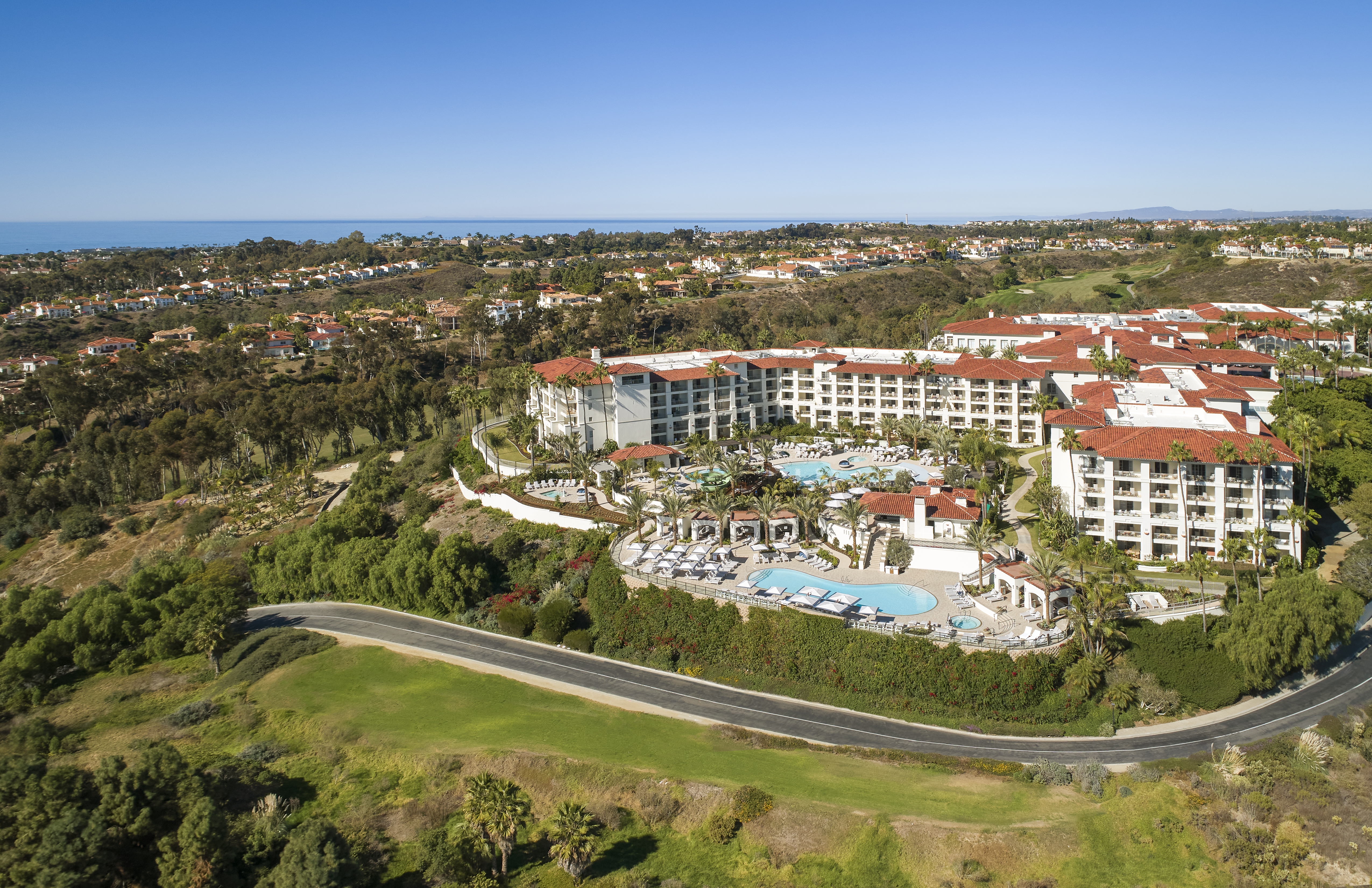 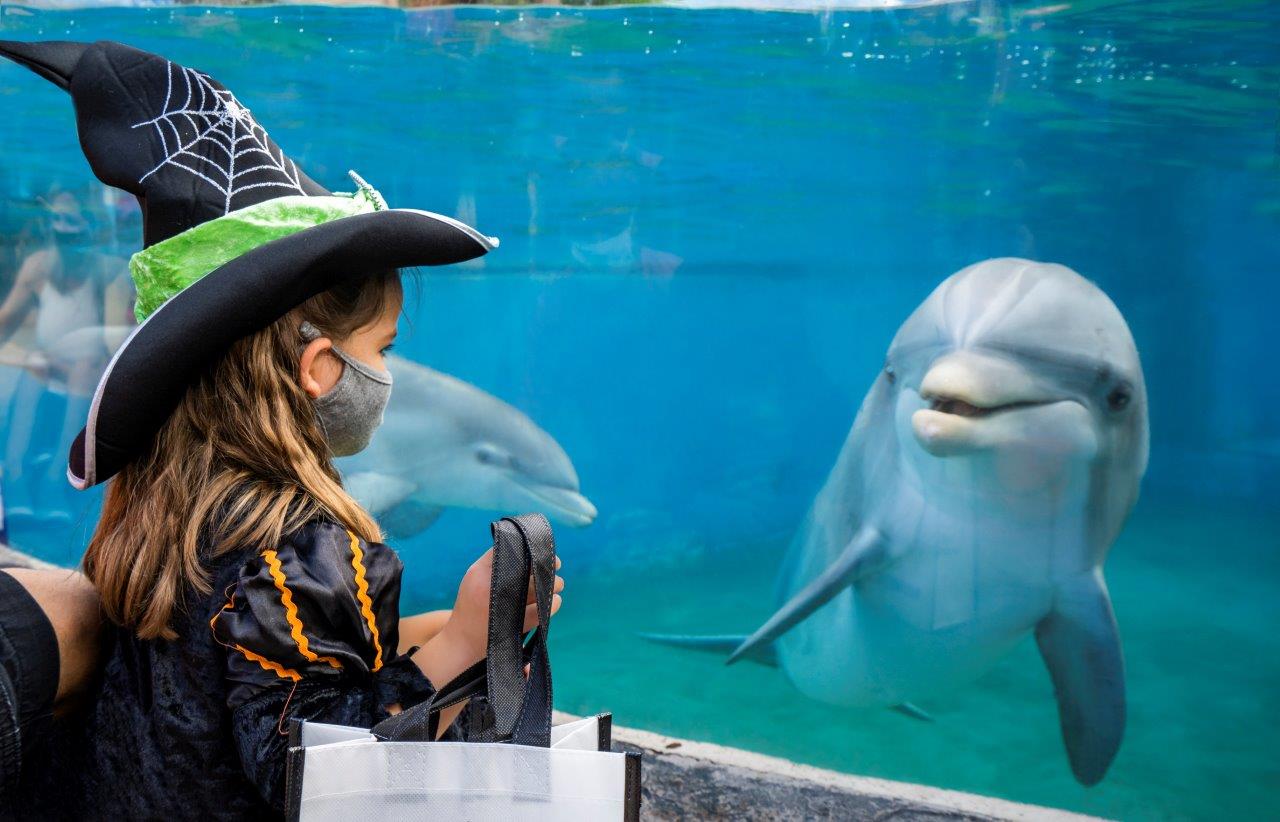