Spending a Four Seasons gift card—a perfect holiday gift—is a very easy thing for me to do. My family knows this which means that I receive them as gifts with regularity.

In addition to using a gift card to cover accommodations, spa treatments, fabulous dining, and other delights at hotels around the world, offsite itineraries booked through the concierge can often be billed to your room. This opens up a wide range of options that a gift card can potentially cover.

To give you some ideas regarding how to spend a Four Seasons gift card—since you might win one here—I’ve made a list of things I’ve done (and would like to repeat) at Four Seasons properties as well as a few that remain on my bucket list (ahem, the jet).

Go to Four Seasons Hotel Hangzhou at West Lake in the spring. Not only is the weather perfect—in between cold winters and humid summers—but the flowers are in bloom around the property’s stunning gardens. Book a private longjing tea tour through the concierge desk. They’ll take you into the fields and around the village to learn how this Rolls Royce of green tea is processed mostly by hand. I have a totally new appreciation for my cup of tea now.

One of the highlights of our Paris family vacation was a private Seine cruise with River Limousines that was suggested and booked by the concierge at Four Seasons Hotel George V, Paris. There is nothing like seeing Paris from the comfort of a luxurious water taxi custom made for the Seine with champagne in-hand.

While there are many ways I could spend a gift card at Four Seasons Hotel Hong Kong (the spa, the nail bar, many lychee martinis, and then some), I’m intrigued by their current Extraordinary Experience. Guests of the hotel can follow in the footsteps of Chan Yan Tak, Executive Chef of Lung King Heen which is the world’s first Cantonese 3-Michelin-star restaurant. The tour starts by watching dim sum preparation in the restaurant kitchen, proceeds to Kowloon to taste Cantonese favorites of Chef Tak and ends with a dim sum meal at Lung King Heen that is selected by Chef Tak himself.

4. Eat (Many) Donuts at Veranda

Newly-renovated Four Seasons Hotel Las Vegas not only boasts beautiful art deco-inspired rooms but their Sunday brunch is one of my favorites. Grab a mini donut fresh off the in-house donut machine (!!!), have it dipped in the glaze of your choice and then dipped into a variety of topping options. We recently spent a weekend eating our way through the hotel.

5. See the Great Wall of China

We hired a private tour guide through Four Seasons Hotel Beijing that took us in a luxury sedan to Tiananmen Square, the Forbidden City and the Great Wall of China at Mutianyu (the best place to visit the Great Wall with kids, in my opinion). One of the many upshots of a private tour is that the only schedule you adhere to is your own. We could spend as much time tobogganing down the Wall as we wanted and leave when we wanted. I ordered an in-room dining picnic to take just in case we got hungry while driving around the city.

A return trip to Beijing is on the horizon for us and I would definitely book this itinerary again.

A stay at Four Seasons Hotel Westlake Village can be a wellness retreat, if you like. I’ve stayed there with my daughter in tow (we are also headed there this weekend for the annual Let It Snow! event). However, I keep meaning to come back on my own to take cooking classes and tap the experts at the California Health and Longevity Institute onsite for fitness, life balance, and overall well-being advice.

8. Drink Veuve Clicquot in the Pool

I am sure that you can drink Veuve Clicquot (or any number of premium champagnes) in a number of Four Seasons pools, but I did it at Four Seasons Hotel Denver. You only live once so treat yourself.

And, if you haven’t been to Denver lately, put it on your list. Lots of the hip city’s best restaurants are within walking distance of the hotel (though you will want to splurge on Wagyu burger and brunch at Edge).

I’ve been patiently waiting for my daughter to turn 10 so that we can check Four Seasons Tented Camp Golden Triangle which elevates glamping to another stratosphere. The resort has its own happy rescued elephants and plenty of opportunities to get up-close with them.

Her 10th birthday is in less than 18 months so I’m already trying to figure out when exactly 2017 I’m checking in. Because I am checking in.

I’ve already informed my husband that we will fly one of these itineraries before my time on this Earth is up. Every single trip looks incredible but the one right now that piques my interest the most is the 19-day Cultural Escape covering London, Amman, Dubai, Seychelles, Tanzania, and Florence. Plus, Dom Perignon in the sky among other amenities on this luxe jet sounds heavenly.

In case you were wondering, Four Seasons gift cards can be given in very, very large amounts. The sky is literally (almost) the limit.

And, remember that a Four Seasons gift card makes a perfect holiday gift! 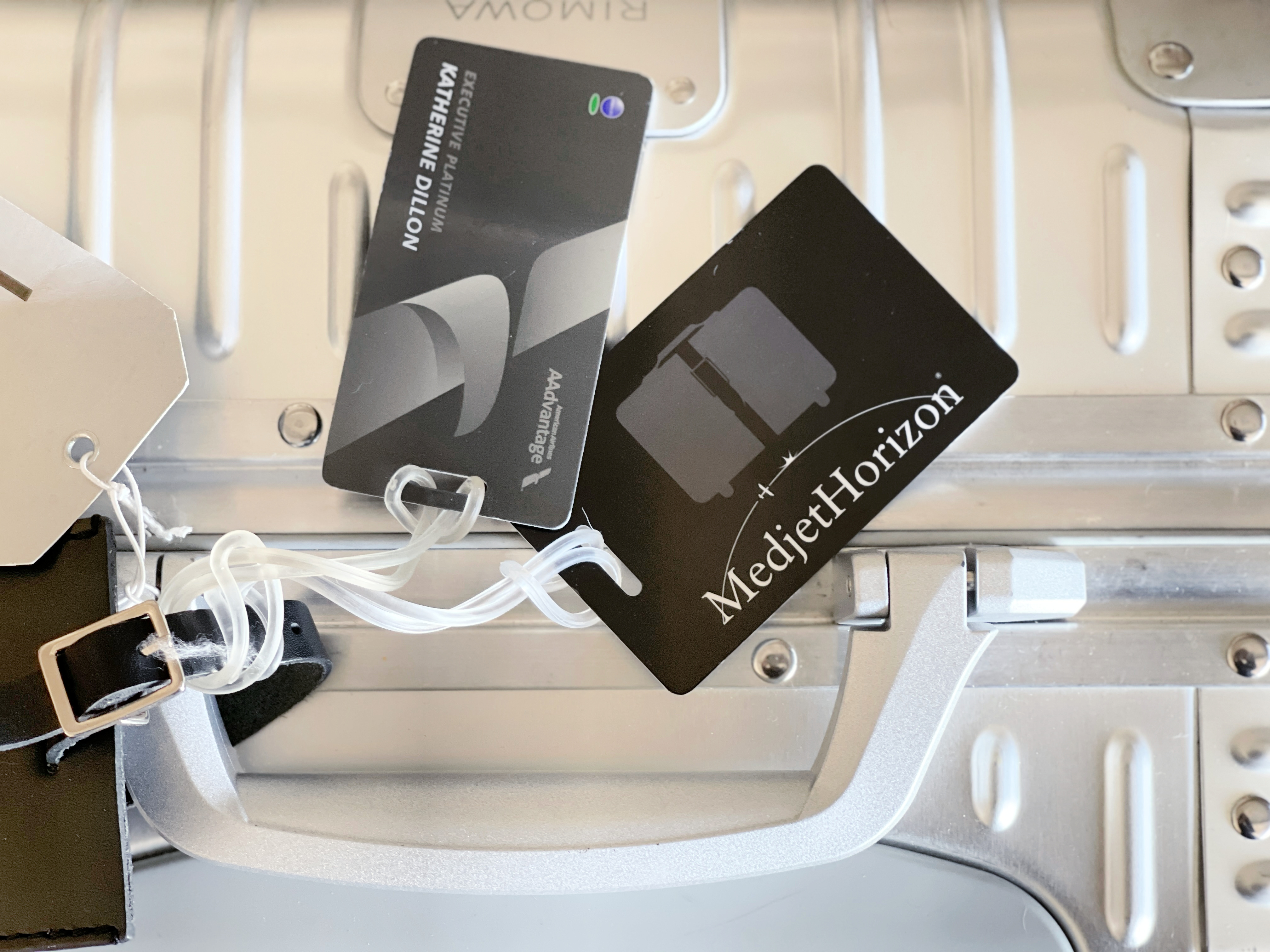