END_OF_DOCUMENT_TOKEN_TO_BE_REPLACED

Fact: San Diego residents who like to travel are fully-aware of the lack of direct flight options. The good news? Alaska Airlines now offers direct flights to three Hawaiian islands from San Diego. We just took flight AS855 from SAN – LIH (Lihue, Kauai), which had more ups than downs.

Forgetting my 6-year-old’s beloved duck security blanket didn’t help at all, either, but that’s an entirely different story that involved a lot of wine on board (and whining).

It’s pretty easy to check in for your flight online, exactly 24 hours in advance. At check-in, if there are seats available in first class anyone (regardless of status) can upgrade themselves for a nominal fee that is determined by distance flown. You’ve got to pretty much check in as soon as possible, however, because this is a well-known trick.

On our flight to Kauai from San Diego, the cost per person to upgrade is $150. For our family of three, this $450 is well worth it on a 6-hour flight when your husband is 6’6″ tall and you’re used to a premium airline status lifestyle.

When I checked in, our first class cabin was empty. Call it good luck or the benefits of a new flight, but we upgraded and I’ll get into more details about the on board experience in a bit.

Terminal 1 At SAN Is My Least Favorite

Right? Alaska Airlines departs from SAN Terminal 1 where the security lines can be long even with priority status. There is a brilliant USO lounge with amenities for kids but outside of that, United is the only other airline lounge. For a relatively-expensive, 6-hour flight to Hawaii the absence of a lounge is particularly noticeable because the other options are dire. In the roundabout near the gates where Alaska Airlines departs, there’s a Peet’s Coffee and a grab-and-go sandwich place called Jet Box. The lines for the bathrooms here can be ridiculous and wrap around the corner.

Recently, we tried to decompress in the American Airlines Admiral’s Club in Terminal 2 for a flight in Terminal 1 on Alaska Airlines to Puerto Vallarta (final destination Punta Mita). Well, we had clear security twice, as the terminals aren’t connected. It’s doable with priority access but still a pain. FYI, an Admiral’s Club membership entitles you to use of the club regardless of which airline you’re flying.

Food On Board Alaska Airlines In First Class To Hawaii 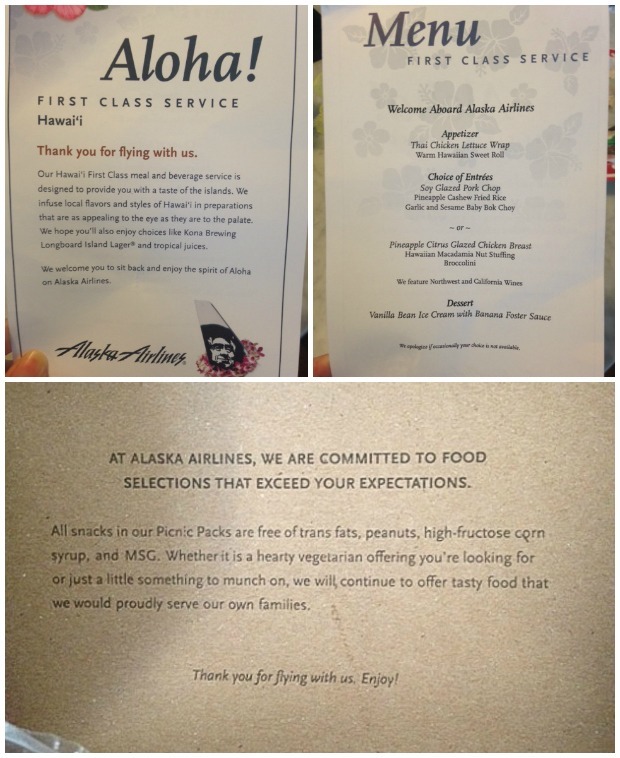 From the orchids tucked away into the flight attendants’ hair to the passion fruit mimosas, a festive spirit prevailed during boarding. People in our cabin were praising the pre-printed, Hawaiian-themed first class menu and excited to sample the fare. Who isn’t excited to go to Hawaii? 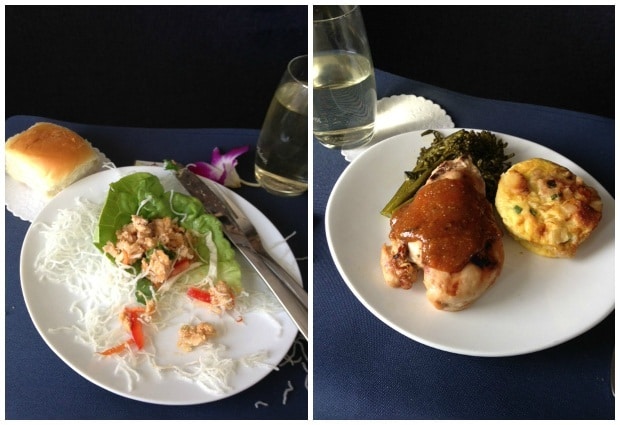 Also — not going to lie here either — the food wasn’t great. In fact, my husband declared it the worst first class food he’s ever had (this is coming from a guy with simple tastes but multiple, thick passports from extensive work travel abroad all in first or business class). I didn’t think it was good either but would have overlooked it if not for my husband’s complaints as well as rumblings I heard from others in the cabin. I ordered the Hawaiian chicken that was incredibly dry and with a dessert-like sauce and brown (!) broccolini with an egg omelette on the side. I did like the Thai chicken lettuce wrap appetizer and the bananas foster dessert (forgot to photograph it!), however.

My daughter wouldn’t touch her meal so I had to hunt down an economy class picnic set for her. Despite being out of her first choice, the cheese and fruit set, they found one with dried fruit, salami, crackers and soft cheese at no charge to me. And, yes, when you forget your kid’s security blanket/stuffed animal, using the iPad as a placemat is the least of your concerns. 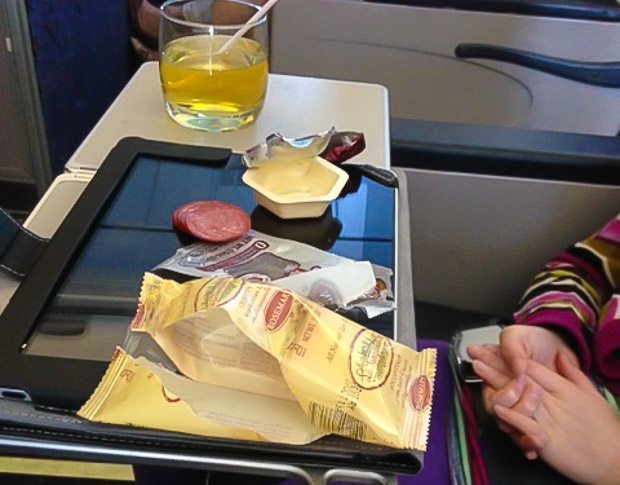 Beverage service also had its ups and downs. I am used to the new American Airlines where flight attendants are continuously cruising the first class cabin generously re-filling wine glasses. I was never thirsty, but it wasn’t festive and they ran out of the white wine I was drinking (which happens on other airlines, too). I would have liked to have seen the wine bottle, because my first glass was very good.

Before landing, each cabin was offered a Mai Tai which I thought was a very nice touch! 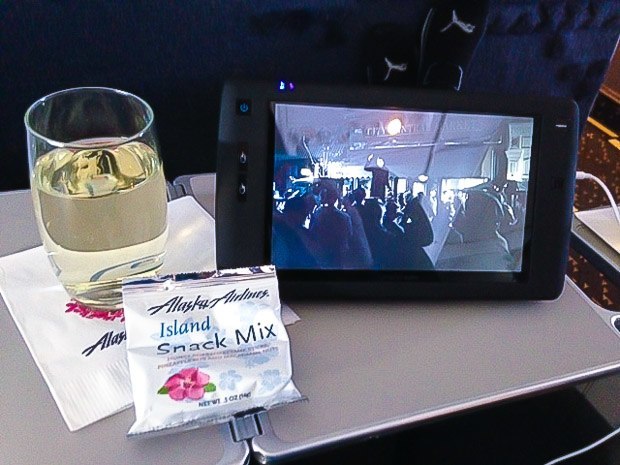 Alaska Airlines has awesome hand-held entertainment devices that show multiple movies and TV shows on demand. Headphones are available or you can use your own. They are free for first class passengers and $8-$10 in economy class, but it’s wise to reserve one in advance if your flight allows.

I STRONGLY suggest that you bring your own headphones. I tried 3 pairs of the ones Alaska Airlines provided and the quality was horrible and I had to hold and twist them into my ears. It was fine with mine, but I had to give them to my daughter after hers broke.

The flight attendants were all incredibly nice from start to finish.

The plane is an older-feeling 737, so the seats are not huge, even in first class. They don’t recline very far, but when they do, you are encroaching on someone else’s space. There aren’t really any bells or whistles to mention.

As you might expect, the airport is tiny and quirky. It took just a few minutes to walk from the plane to baggage claim and the bags were out on the carousel quickly. The bathroom was closed so that was a bit inconvenient. Rental car companies seem to function on Hawaiian time so plan for getting a car to take a while.

Things That Would Make Me Happier

1. A lounge in Terminal 1 that I could use.
2. Electrical outlets on board. (Update: They are now at every seat.)
3. WiFi: I know it’s not common to have it over the ocean but onboard WiFi now helps determine where I fly domestically. My time is money and if I can get work done on board, then that’s money in my pocket.

About The Return Flight LIH-SAN

Grab a sandwich and a drink at a Starbucks or a small bar and head to the gate. Note that carry on bags will be re-screened at the gate and that you can’t carry any fruit or sandwiches with tomatoes on board.

However, the food this time was AWESOME.

@lajollamom Glad to hear you liked the meals! A local caterer actually provides our meals on flights from LIH. Thanks for flying Alaska! *DS

I ordered the short ribs as did my husband and we both agreed that the entree was flavorful and that even the grilled asparagus was cooked perfectly. Starters included Hawaiian bread and a kalamata, feta and mixed green salad. I was tired and forgot to take photos. The flight attendant in first class could not possibly have been more attentive or helpful.

Our bags arrived at baggage claim quickly, which is rare at SAN lately.

Would I Book Again?

Yep, the benefits of flying directly are too great. See what our most recent flight on Alaska Airlines to Maui was like. 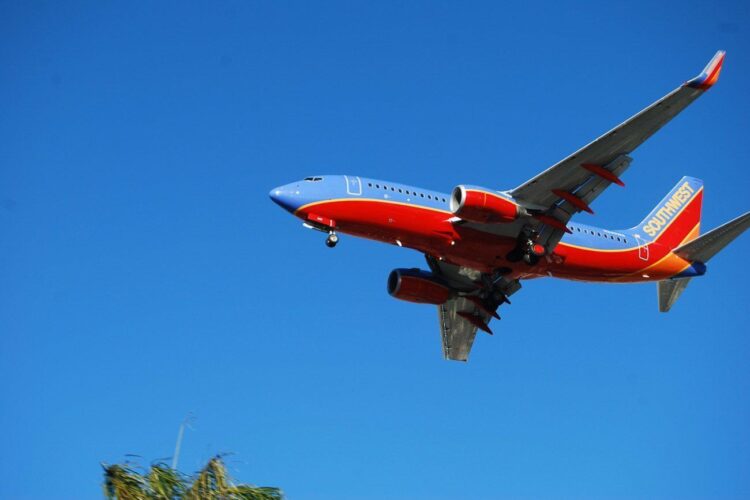 Should You Pay $40 for Early Boarding on Southwest Airlines? 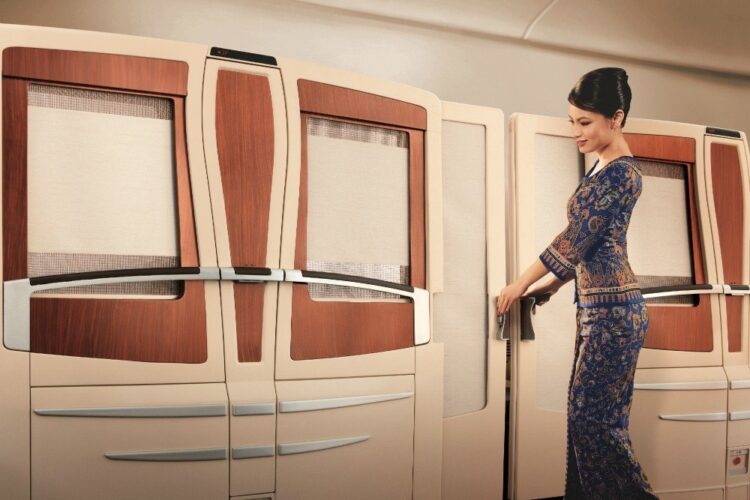 Why You Should Book Long Haul Flights with Membership Rewards® 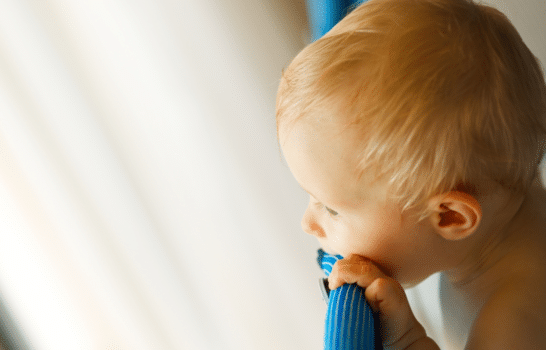 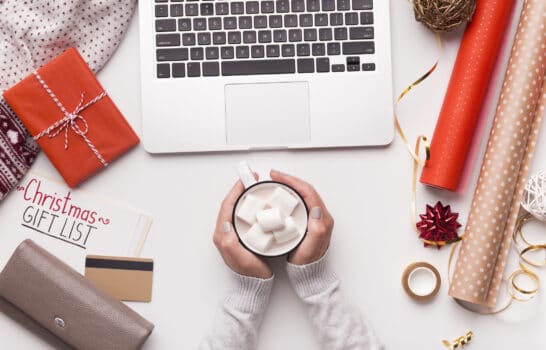 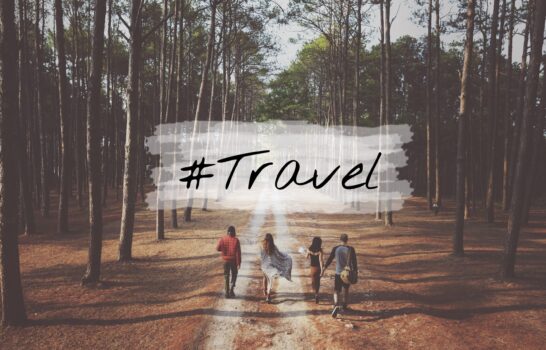 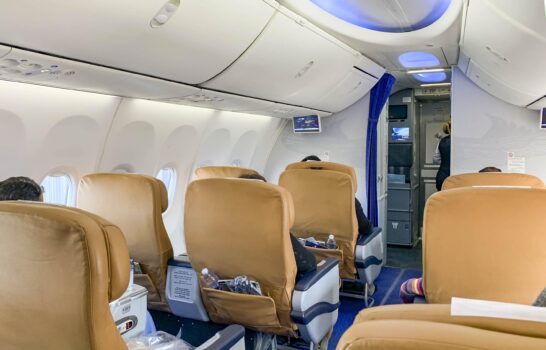 2 thoughts on “Flying Alaska Airlines From San Diego to Hawaii”

Save Now with Discount Tickets